Here are the rest of my pictures from July. This month went by crazily fast! And, now that we’re in August, we’re very close to meeting the newest member of our family—hopefully, in about three more weeks.

Esther achieved a major goal in July—she passed the test for her full license! Now, she can take passengers with her. She also bought a car, a Honda Accord, which she’s quite happy with.

Mr. Intellectual finished this cup, made from four different types of wood. With all the glue that went into it, we advised him not to drink from it, so he’s using it for a pencil cup. 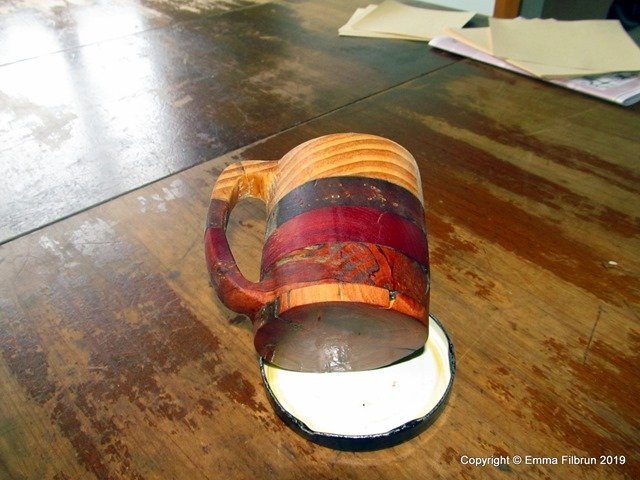 Another of Mr. Diligence’s pictures of big trucks! He saw this load of sheets of steel going past one day. 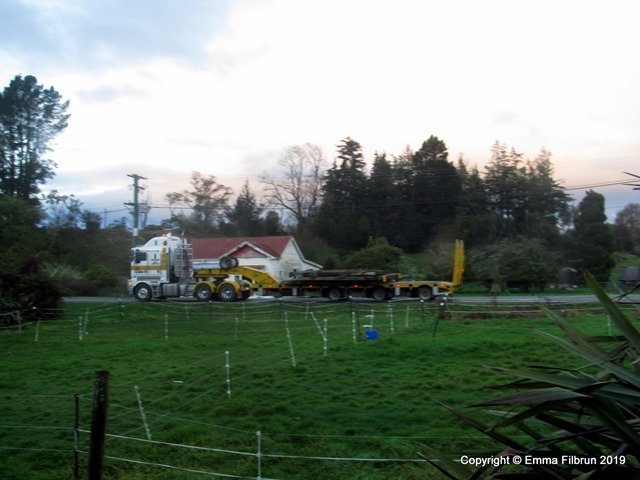 I asked the boys to recover the frame I used for starting seeds last year with new plastic. They decided to scrap it and build me a new one, twice the size, to better utilize the sheet of plastic they had available! It is now finished and waiting for baby plants. 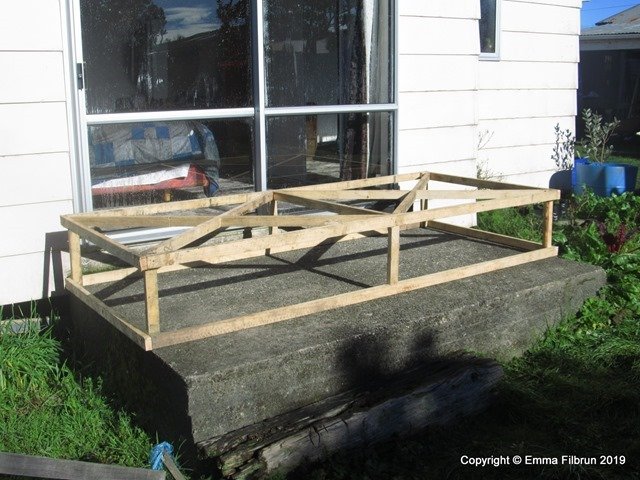 Last weekend, Gayle and the younger boys dug the last of our potato crop. Mr. Imagination was delighted to find this enormous one, and brought it in to show me. See the weight? 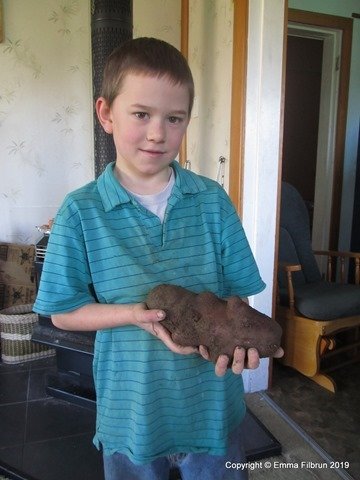 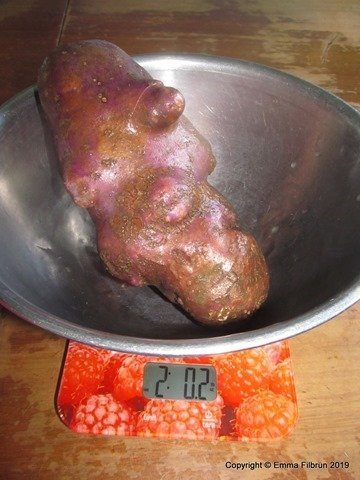 Little Miss played with the potatoes in her own way. That big one is her; she’s the mother, sitting on stones, and her babies are on top of her. The other stack, just on the other side of her, is more of her children, also sitting on rocks. 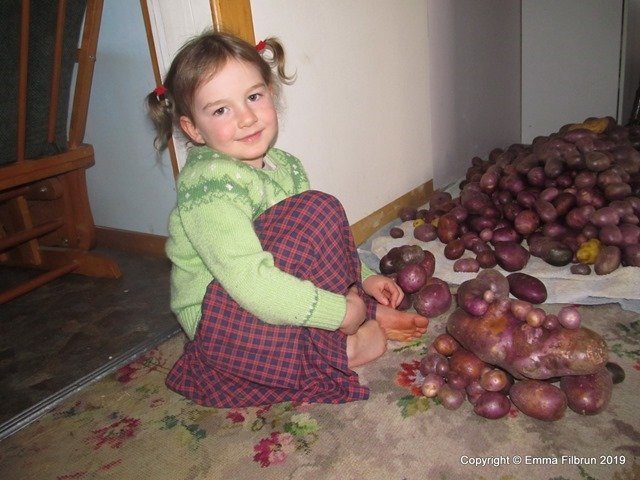 We had nearly a bushel of potatoes that needed used quickly, so we cut a lot up Saturday night for Sunday dinner. They needed a lot of trimming, between stabs from the fork and the wireworms that our garden is infested with. 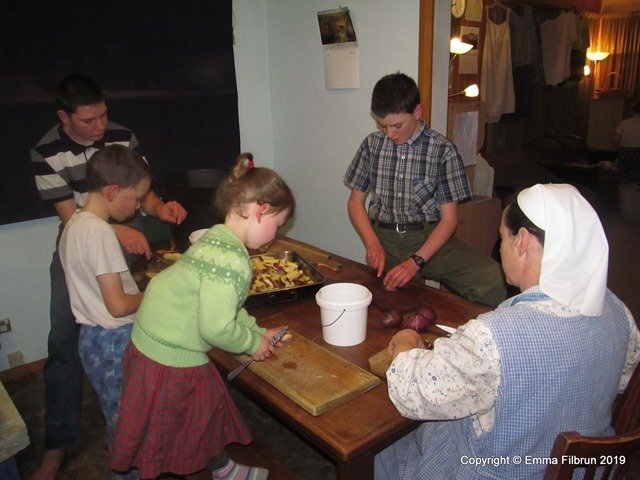 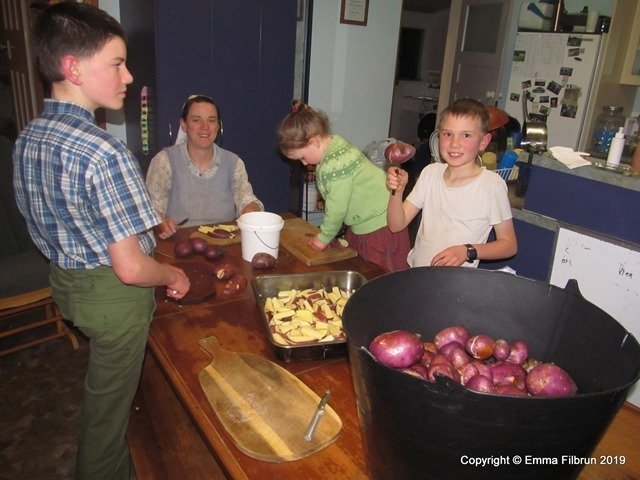 Grandma asked what Mr. Imagination has been building from legos. He took this picture for her, of his fire ship. See all the nozzles for spraying water? 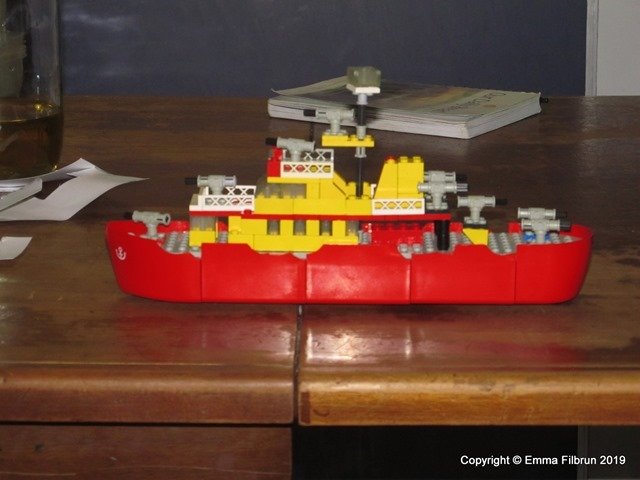