We watched a video one day of a man collecting dead leaves, twigs, flowers, and other things and building insects out of them, so Mr. Imagination decided to try his hand at it. This was his creation. He sure has an artistic bent! 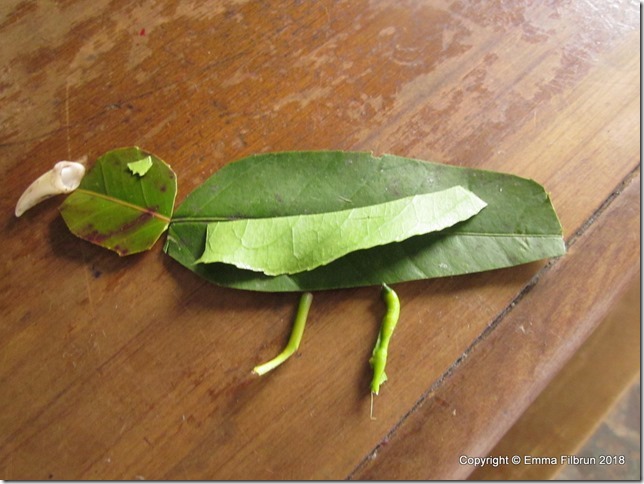 The cats continue to amuse us. This box with old newspapers in it was Princess’s favorite bed for awhile, so her offspring decided it was THE PLACE to be, as well. One day, we found Grizzly and Goofball sleeping in it like this, cuddled together; apparently, Goofball had been asleep there and Grizzly decided she wanted it, too. 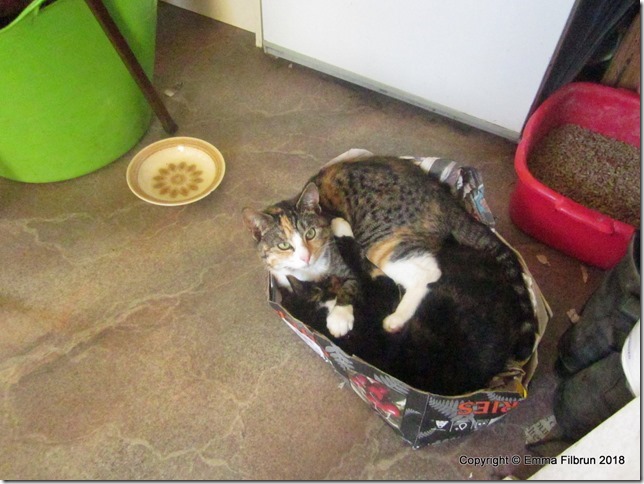 A few days later, we found this pose. It must have been too much work to find a way to get her whole body in! 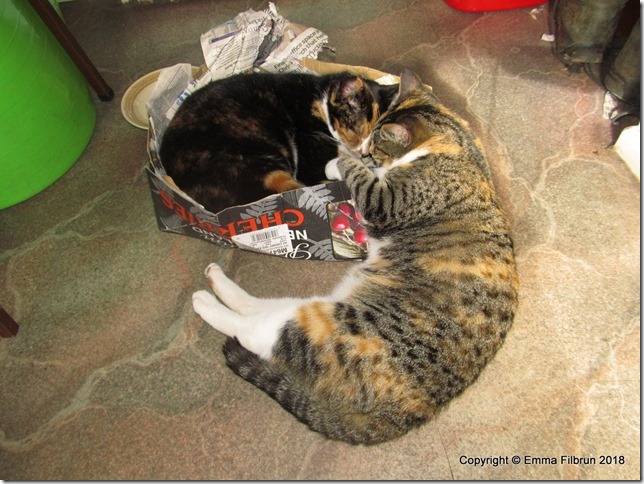 Mr. Imagination, with some help from his brothers (maybe more than “some”!) built this boat. It works well, although Mr. Diligence was able to sink it by putting too much weight in, much to his satisfaction. 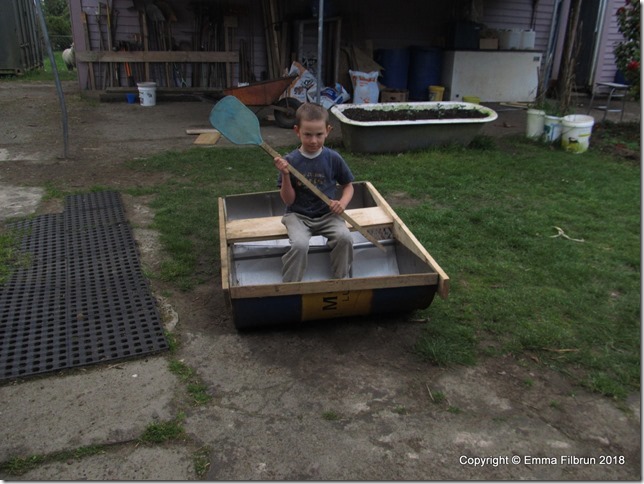 A friend sent Little Miss a card, just because. The card had a hole cut out of the front, so Little Miss made Goofball look through it. 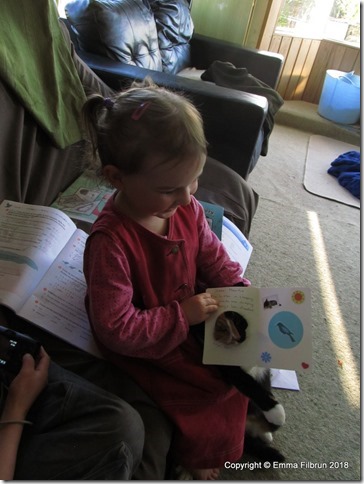 The latest design for a boat—cut up barrels and weld them together for a double-hulled canoe. It’s still waiting for more time to finish it, though. 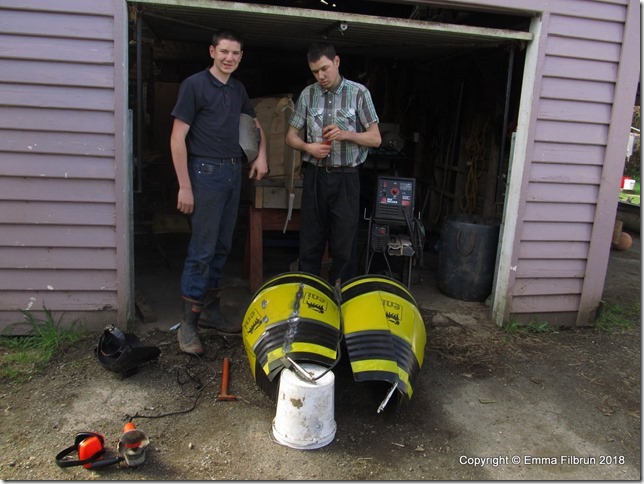 Poppy, a week or so before she calved. 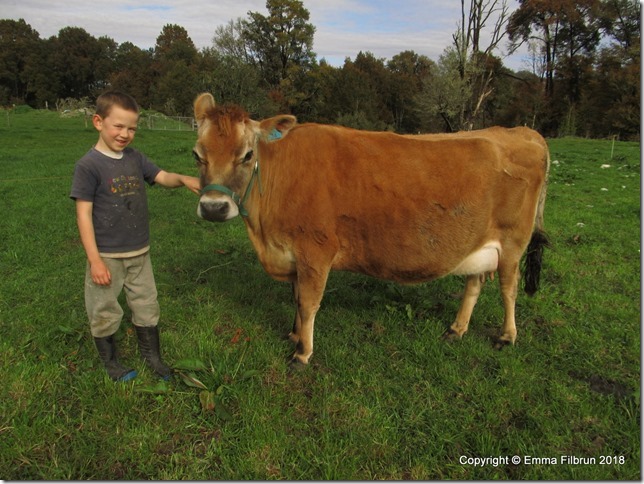 I was walking home from checking on Poppy before she calved, on the road that goes east from our town, looking at the mountains to the west of us. It was so pretty, with range after range going off into the distance. Since I was looking into the sun, the picture turned out dark, but in real life it was quite light. 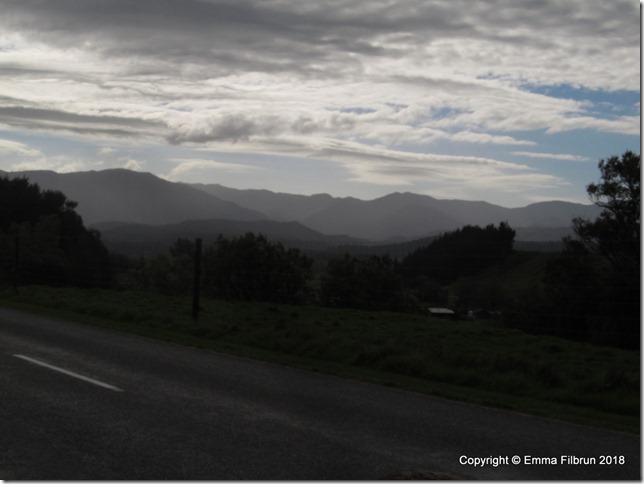 Little Miss loves books. If you say something to her, though, about reading them, she’s quick to respond that she can’t read. 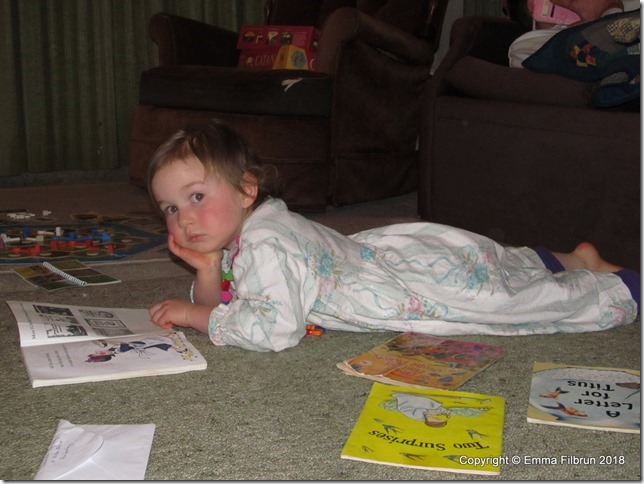 Our new baby! This is Pansy, a purebred Jersey heifer. She’s full of personality, and very smart. Also, very stubborn. So cute and full of life, though! 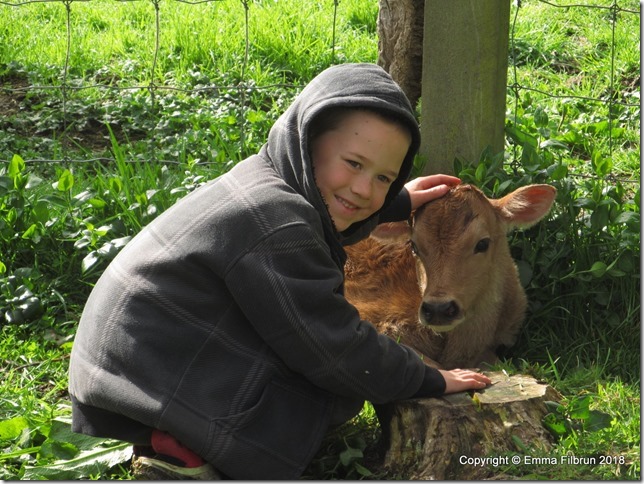 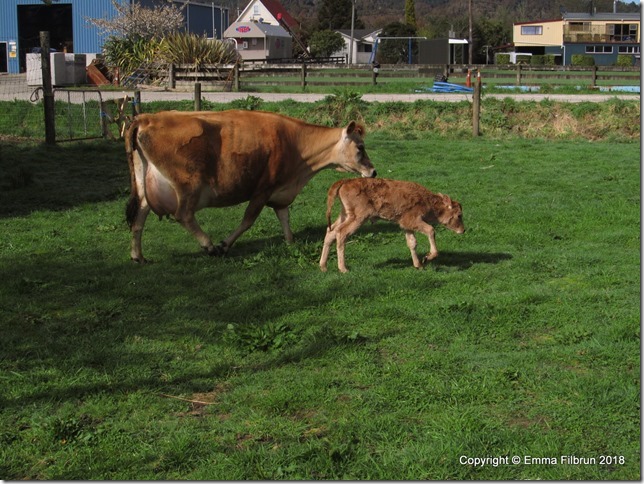 We visited some friends in Canterbury last weekend, and the boys set an eel trap. They didn’t catch anything, though. 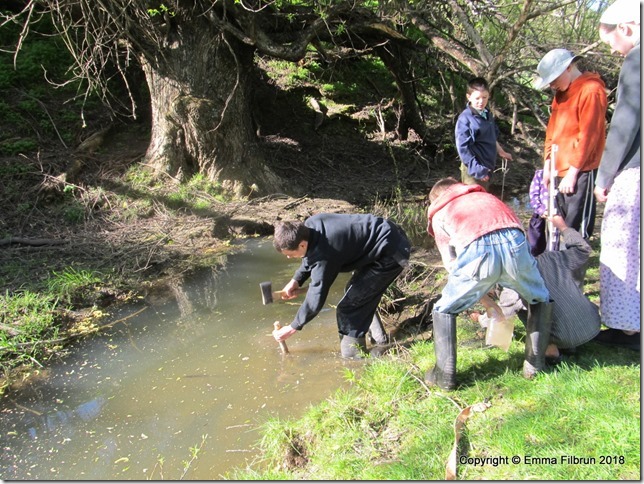