We have been listening to the Brinkman Adventures audio dramas ever since the first season was released. We’ve enjoyed some episodes more than others, of course; some have been absolutely great, and others were not quite so interesting but still good. When we saw that Season 6: Underground Rising was available for review, all of us hoped we could get it, and we started listening to it right away. The first two episodes are about the Dutch Underground during World War II. The stories were quite interesting, and the fact that they are true stories from the producer’s grandparents makes them especially interesting. The 3rd episode, Twice Born Fly, was a fun story about when the father of the family found himself in prison in quite bizarre circumstances. I was expecting the punch line that came, but it was still a really fun story, with a great message. The 5th and 6th episodes, about the Free Burma Rangers, were very exciting. We were nearly on the edge of our seats at times during these stories. Probably our favorite episode, however, was the 4th one, I Wonder Why? This tells the story of a family who moved to India to run an orphanage and experienced some amazing miracles—as well as some very difficult times. I think we appreciated it so much because we could relate to some parts of the story. The children of the family went through culture shock, and had many struggles learning to love those around them, as well as learning to adjust to a completely different way of life. The way they changed through the story was really special.

In the episodes about the Dutch Underground, there were stories we quite appreciated, as well as aspects that bothered us somewhat. My favorite part of that story was the scene where the Nazis burst in on a meeting of the Underground. It was New Year’s, so one of the women had made oliebollen, or  oil balls, and those treats saved the day. We have a friend who came from Holland, and she makes oil balls every year; we get treated with them when we join her family on New Year’s Eve. That part of the episode was more meaningful to us because of our friend. We also appreciated the attitude of the Underground workers that they wanted to help deliver those who were being taken to death. It meant putting their own lives in danger, but they were willing to do that for the sake of others.

On the other hand, the attitude expressed by one young man that, “Life on the sidelines is very boring,” rather bothered me. When he left the sidelines and joined in the fight, he started doing things that go against the teachings of Jesus. I know many Christians believe that war is different, but we take the Sermon on the Mount literally, and don’t believe it is right to use violence at any time. There was also the issue of stealing ration cards—is it right to steal, even in wartime? I know this was a very difficult time, and I’m not sure what I would do if I were there—this makes a good topic for discussion! Another problem we had with these episodes was the very thick Dutch accent one of the narrators has. It was authentic, and I enjoy the producer’s quest for authenticity, but we quickly lost the younger half of the family as we listened to this story, and they didn’t want to hear any more episodes, sadly, although I believe everyone ended up listening to Twice Born Fly.

The two episodes about the Free Burma Rangers were fascinating, and very exciting. I didn’t know anything about them before, but what we learned, from the audio drama and from the Real Stories page on the Brinkman Adventures website, is amazing. The dedication these men have to help people who are being attacked is wonderful. On the other hand, as I mentioned above, are Jesus’ commands to not kill suspended in war time? I did appreciate what one person stated in Episode 6, that Jesus said we are to love our enemies.

We really enjoyed the Real Stories page. All the children crowded around to see as I looked at the pictures and read the stories on that page. It really adds to the audio version to have this page available and be able to see photographs of the people and events that are featured. At the end of the section for each episode there are a couple of paragraphs to help apply the lessons to our lives. We ended up skipping through those the evening we looked at the page, because it was bedtime and we just wanted to see the pictures—maybe sometime we’ll go back through and get more out of the stories and discussion suggestions. 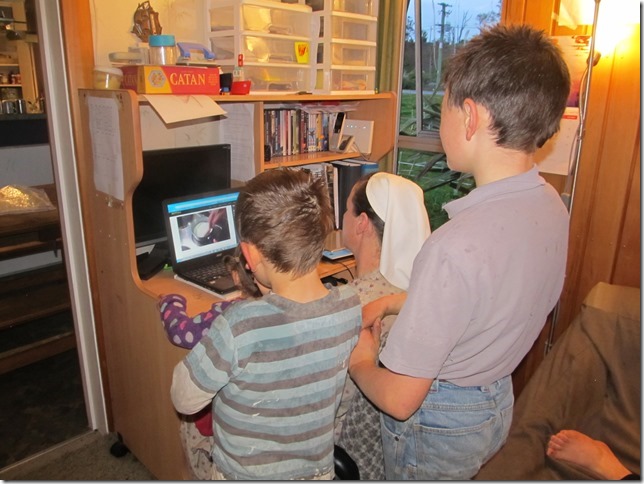 If you are a family, like us, who enjoy listening to stories, check out the Brinkman Adventures. As I said, we have really enjoyed most of their productions. The first season was definitely our favorite, but some of the other seasons have been very good, as well. And, if you are interested in trying them out, they are offering a coupon right now. The code is FALL10 and is good for 10% off all their products. It is live from October 10-31, so go to their website and try out some great audio dramas for your family!

A total of 70 people are reviewing this digital product, so please click on the banner below to read other people’s perspectives!