As usual, most of the random pictures are of Little Miss. This one was taken at Castle Hill. 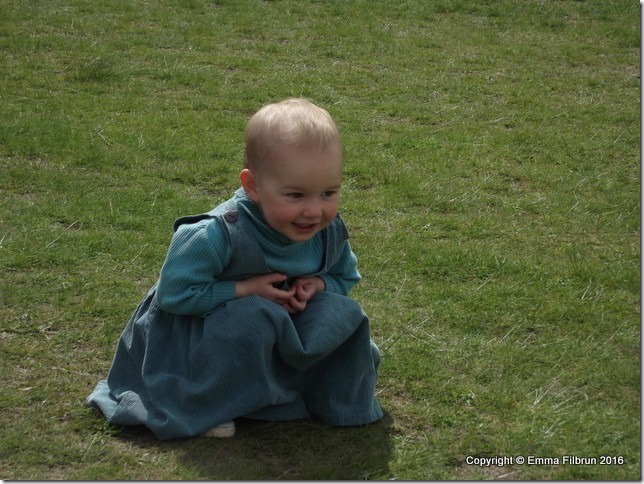 This was in Cass as well; I just looked at Esther’s memory card the night before she left for a couple of weeks in America. 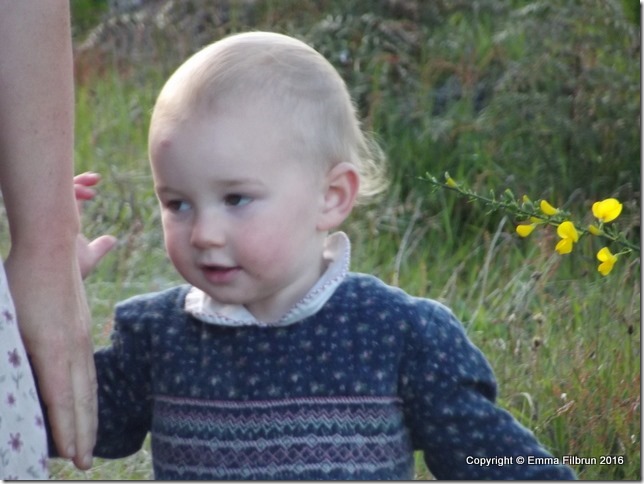 An aunt sent this dress to us. I got the picture quickly after dressing Little Miss, before she got dirty! 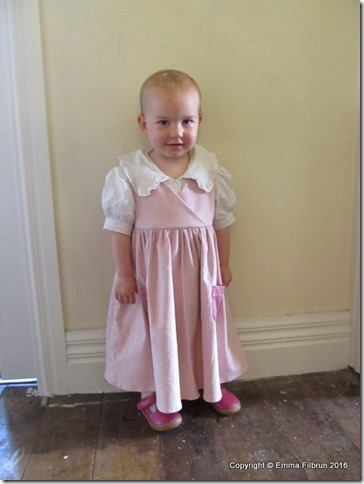 The supermoon around the time of the earthquake. 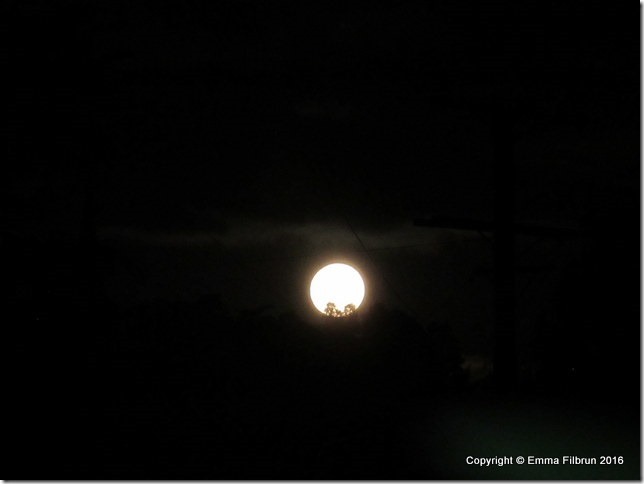 Fun on the trampoline! 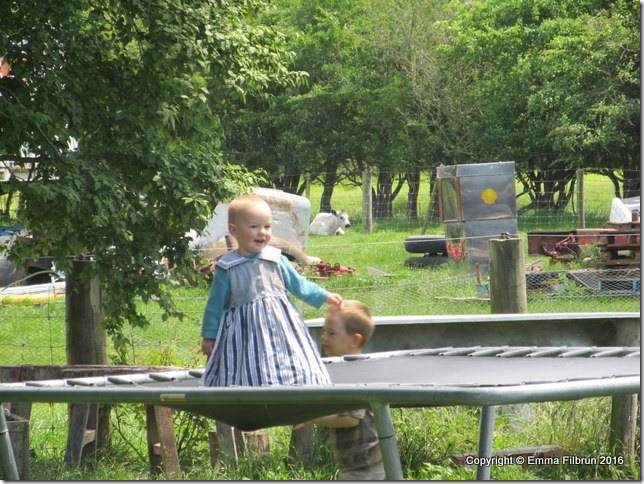 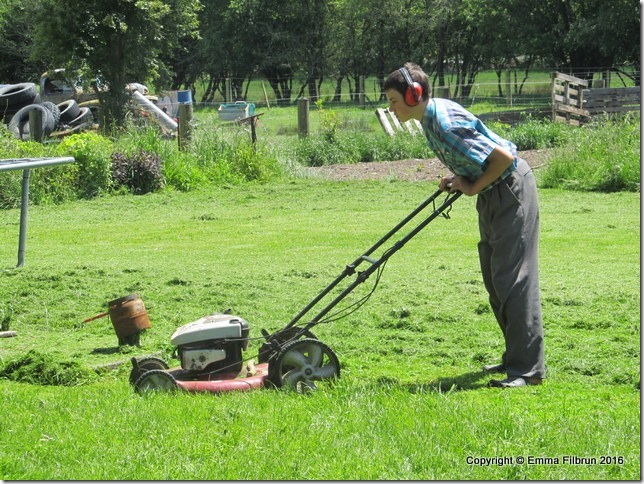 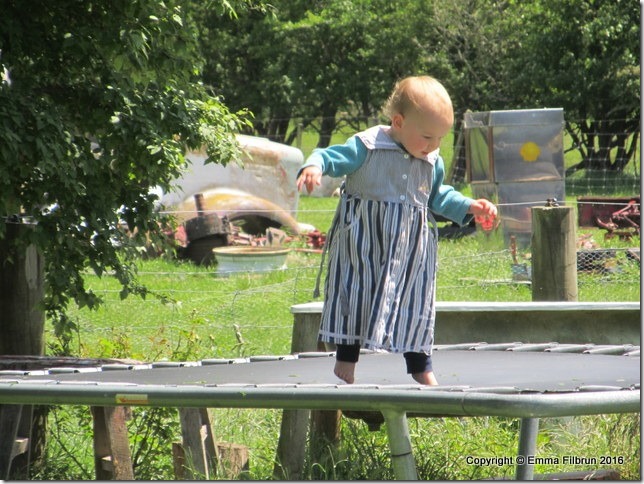 I never know what I’ll see when I look out the window! One evening, it was Mr. Inventor and Mr. Intellectual, giving several siblings a ride on the ladder! 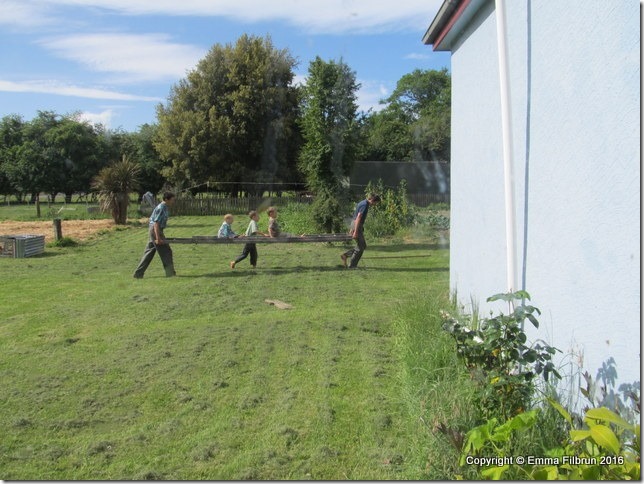 Little Miss actually sat and read a stack of books for about 10 minutes one evening, after I bathed her. 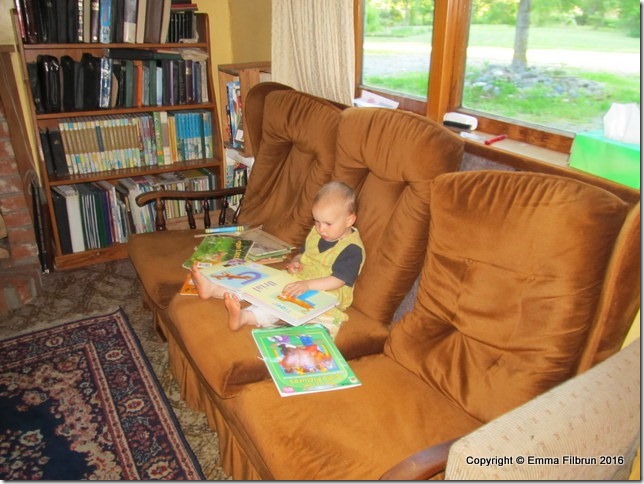 This wild cat has been coming around in the evenings to look for food. We often have whey in buckets outside the kitchen door, and it likes to drink it. We were quite amused at the lengths the cat went to to get the whey! Unfortunately, this was just before our own cat disappeared. He always spent the evening with this wild cat and two others who also came around for food, but a day or two after we took this picture we saw him for the last time. 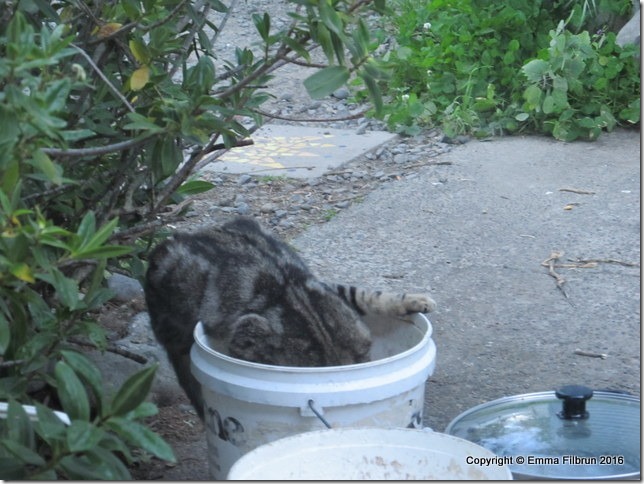 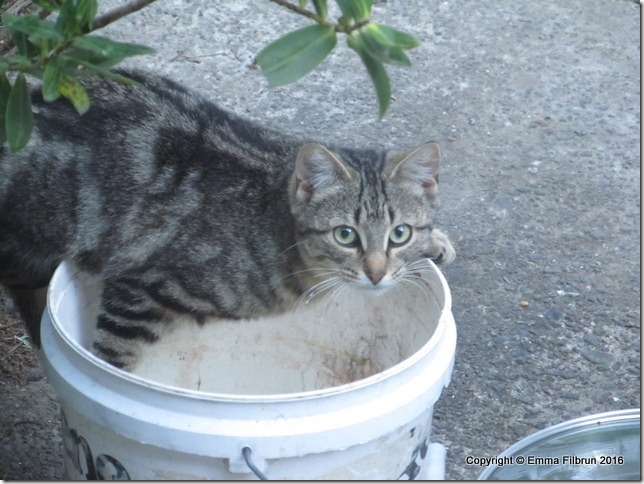 We had quite a surprise one morning when several vehicles pulled in. The mayor of our district was going around to the local schools and preschools, giving teddy bears to the little children of the area. Someone had suggested this to help children who were having trouble sleeping because of the earthquakes, and a large company donated the bears. He heard about us and brought our three youngest each a bear, too! They love them. 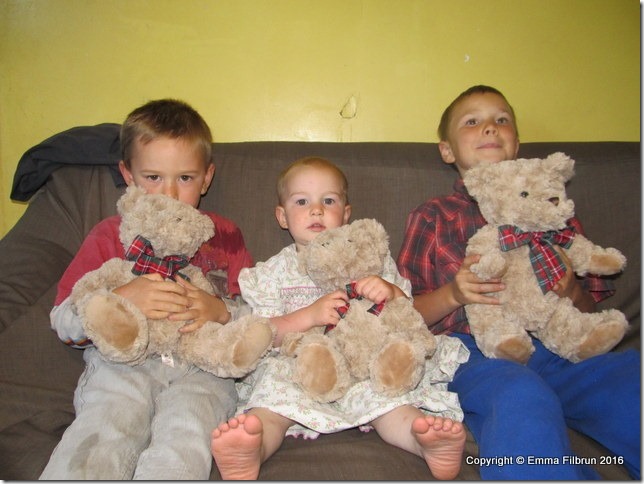 A few of us were privileged to see this beautiful double rainbow early one morning. There are perks to getting up earlier than most of the family! 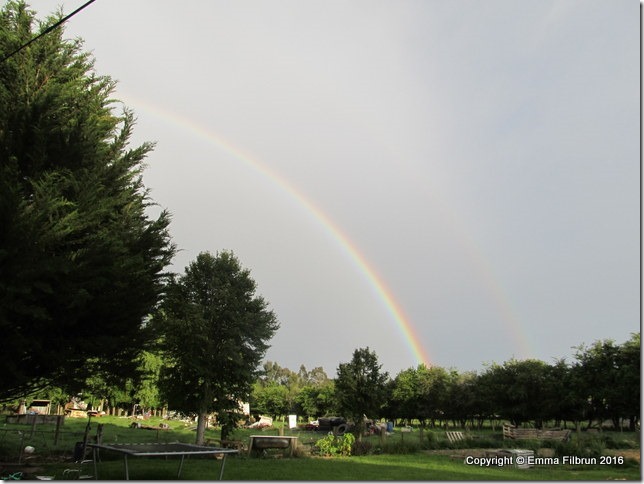 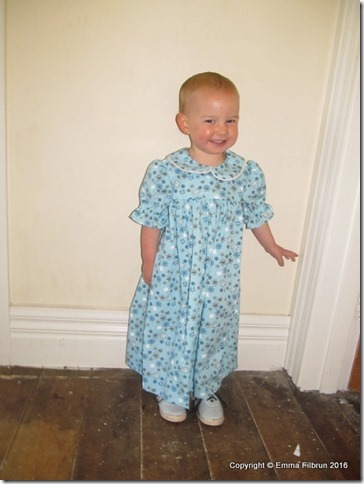 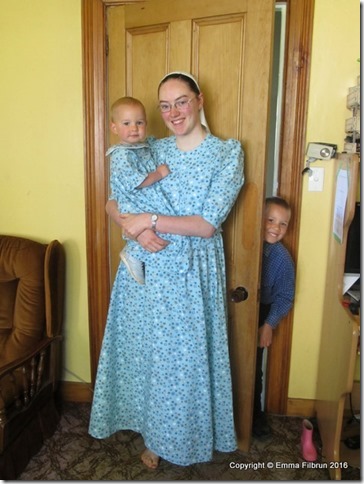