Yesterday was Seth’s birthday. He would have been 17. Naturally, I was thinking about him a lot through the day, and decided to share some pictures from when he was little.

The day Seth was born was a day I’ll never forget. He was due the middle of January, so we had Gayle’s family’s Christmas gathering early. We were going to go home on Monday. Our car needed new shocks, so Gayle and his dad worked on that first. We finally left his parent’s place around 3:00 in the afternoon and headed home (they lived in Ohio, we lived a 6- or 7-hour drive away, in Michigan). After an uneventful drive home, uncomfortable for me because of constant Braxton-Hicks contractions, we walked into our house at 10:00 at night to find it “peopled” with mannequins! My sisters, who didn’t get to decorate our car at our wedding two years before because we hid it, had gotten revenge by decorating our house while we were away. (I was going to insert a picture of it, but apparently one of our photo albums is missing.) We spent a couple of hours tidying up, then went to bed at midnight. I woke up at 6:00 Tuesday morning in labor—a month early! We called the midwife, and she came as soon as she could. She allowed us to stay home to have the baby. Around 4:00 in the afternoon, I started to bleed. The midwife started really praying. About two hours later, around 6:15, Seth made his appearance. He was very blue, but started breathing and pinked up within a minute. We were thrilled to have our first boy! Esther wasn’t sure about him the first day, and was mad at me, but she soon learned to love him. She was only 16 1/2 months old when he was born, but she was determined to pick him up and carry him around. One time, I had left him asleep on a chair in the living room and went into the bedroom. She picked him up and carried him to me, dropping him at my feet. Thankfully, we had a thick, soft carpet, and he never even woke up! 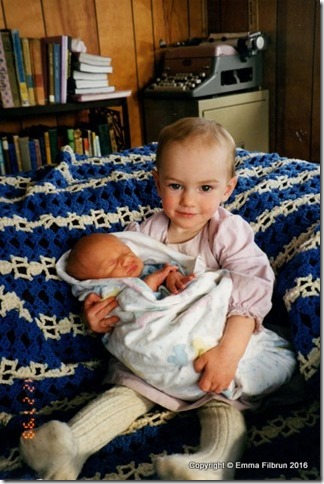 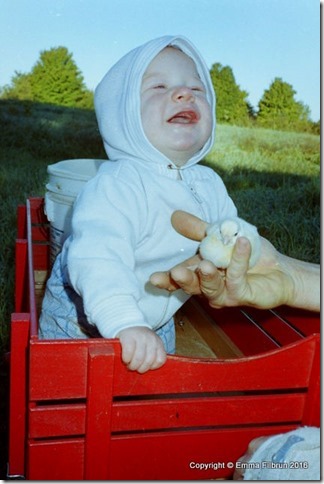 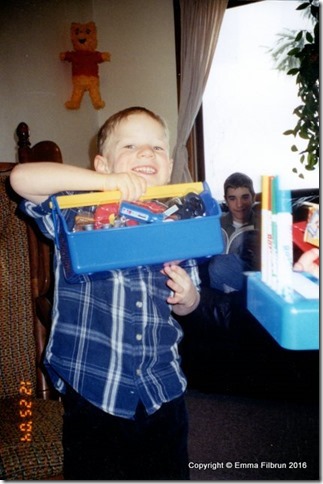 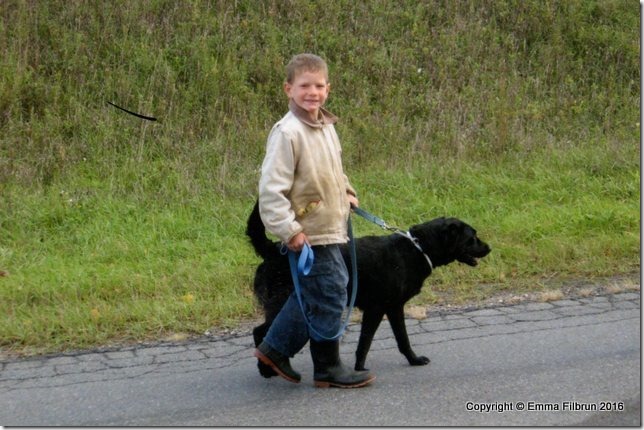