I was thrilled one evening when I came across this scene! This is only the first or second time ever that Mr. Diligence has voluntarily read a book! Mr. Imagination loved listening, of course. 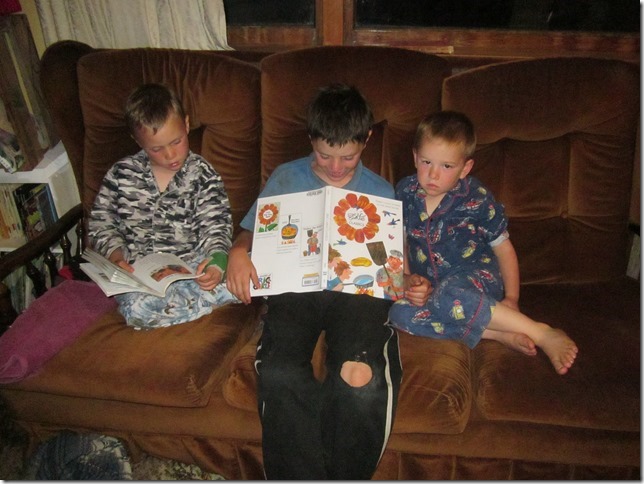 We saw this impressive cold front on its way up from the south as we came home from church one Sunday afternoon.  Unfortunately, it blew over without dropping anything, although we did get a bit of rain later that night. 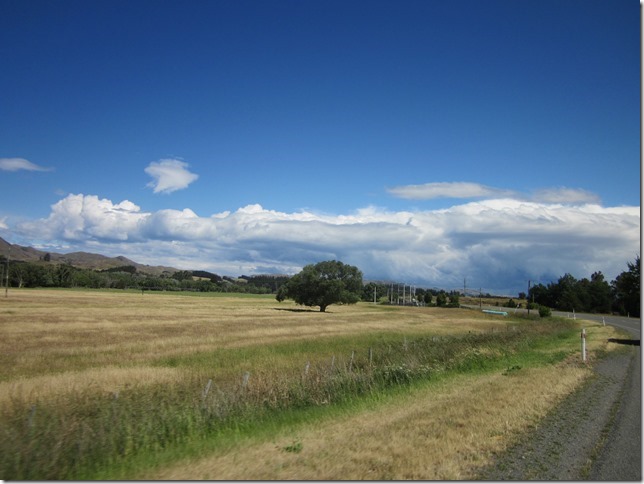 Is that a kiss—or a bite? 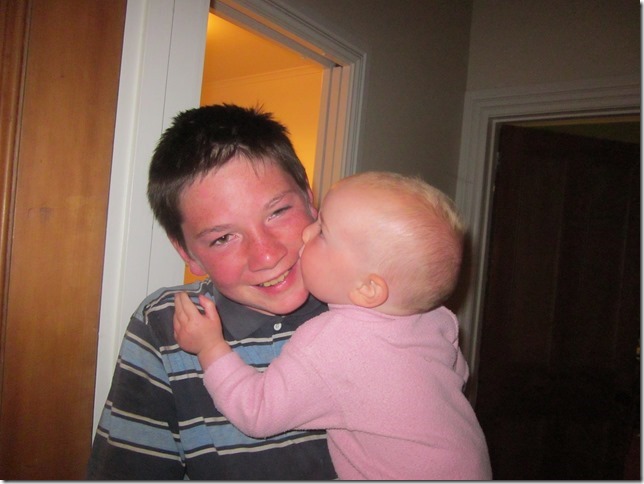 For our last homeschool gathering of the year, we went to a campground by the Waipara River. We were the first ones there, so the boys spent some time building dams while we waited for others to arrive. 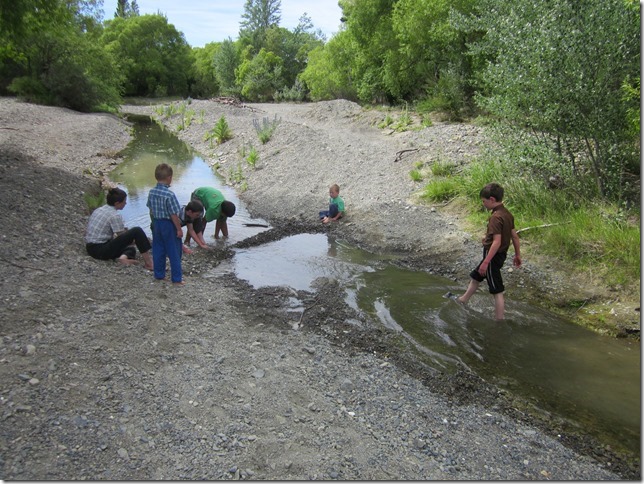 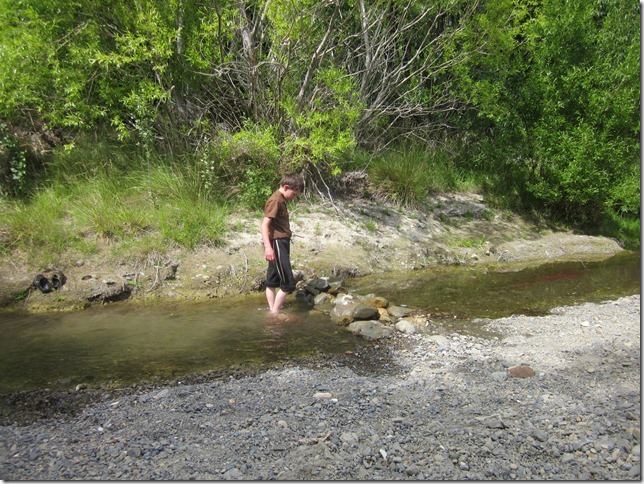 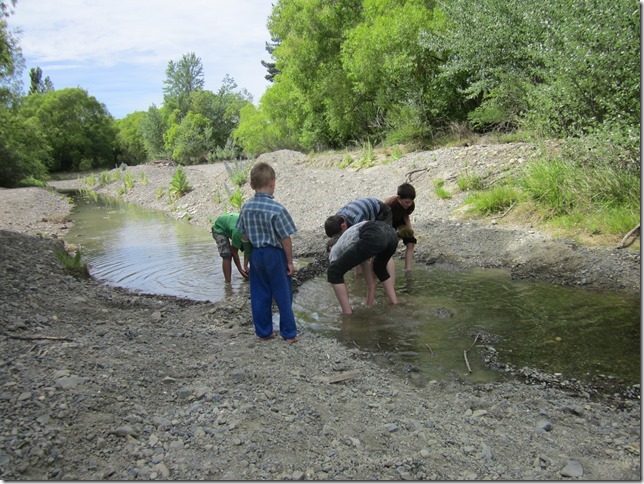 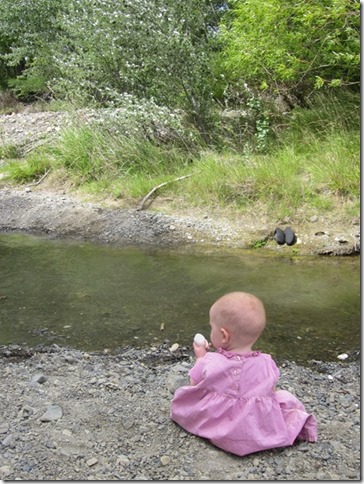 The boys discovered Little Miss with a jar of jam she had managed to get open. Instead of cleaning her up (we were supposed to be leaving in a few minutes for a barbeque!), Mr. Inventor started snapping pictures. It was cute, I’ll have to admit, to see her dipping in for yet another handful of jam! Thankfully, it was sugar-free, so not bad for her. 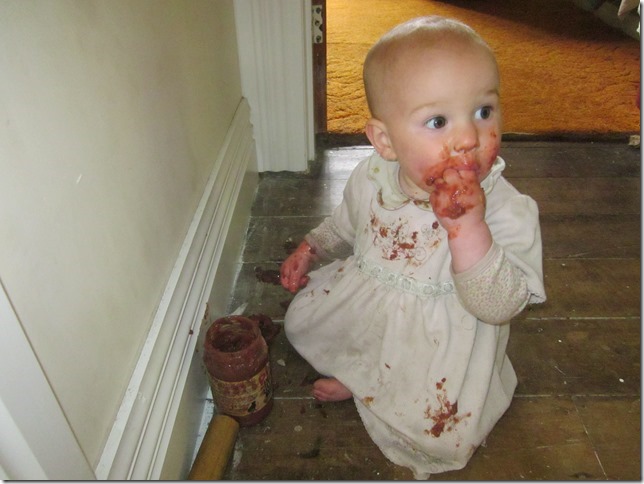 Mr. Sweetie was happy to get his cast off. The boys were all very interested in how it was done. 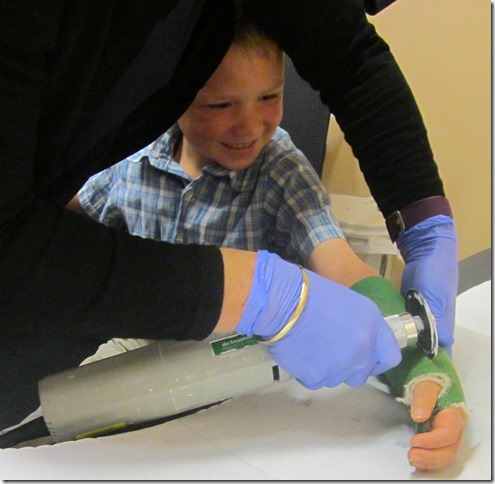 When Esther and Mr. Handyman came home, they brought gifts from the grandparents. This was Mr. Imagination’s favorite. He needed help putting it together a few times, but now he can do it himself. 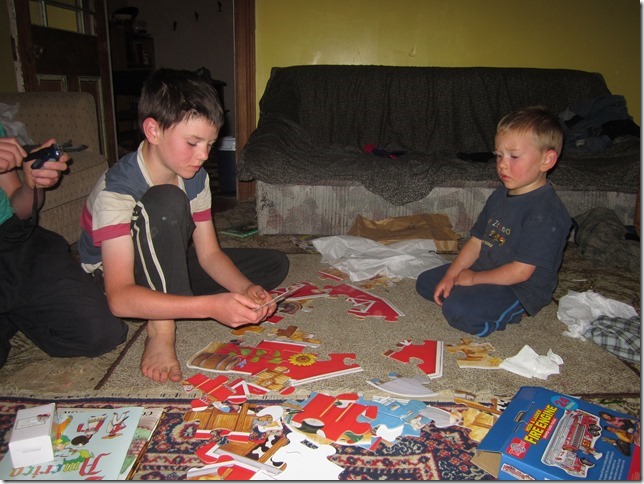 Little Miss discovered an empty cupboard, and then Mr. Imagination joined her in it. 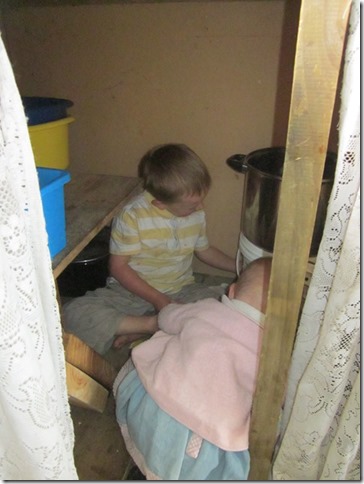 ← Christmas Day
Memories of My Dad →