We have been going to Christchurch every six weeks or so for the past year and a half, for Mr. Inventor’s orthodontist appointments. Of course, these are always on weekdays, so I just take the children unless Gayle takes a day off work. The most recent one, however, was on a Saturday because the orthodontist was planning to take a few weeks off, so we made it a family trip. It happened to be Mr. Imagination’s 5th birthday, so we decided to celebrate by going to Orana Wildlife Park. What fun! It was a drizzly day, and chilly, so there weren’t as many people as usual, but the animals were more active for the most part, and we really enjoyed the day.

We enjoyed catching a glimpse of the American bison calf having a feed! 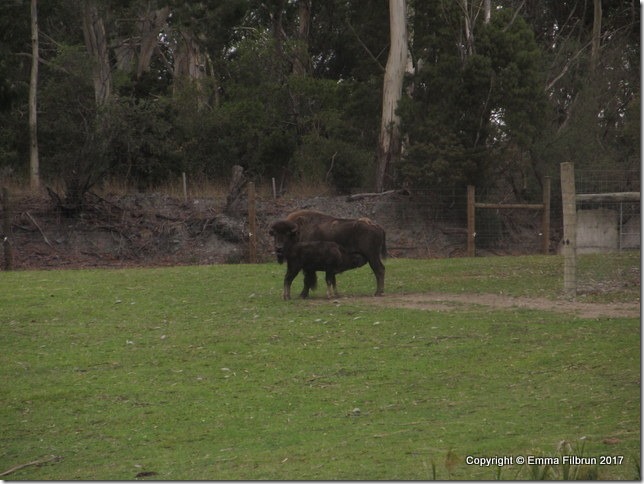 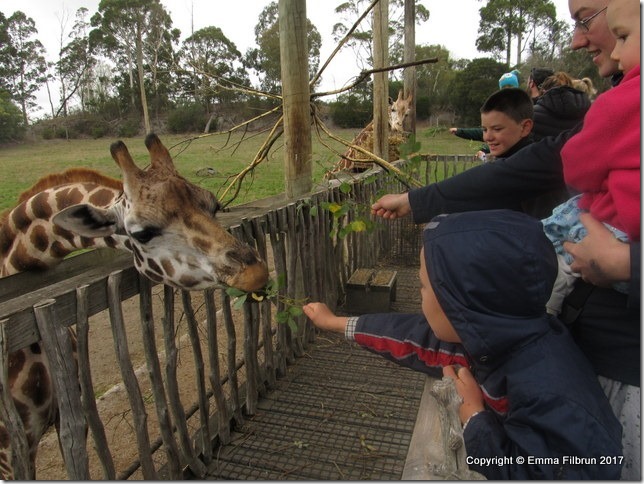 The birthday boy in front of a lion. 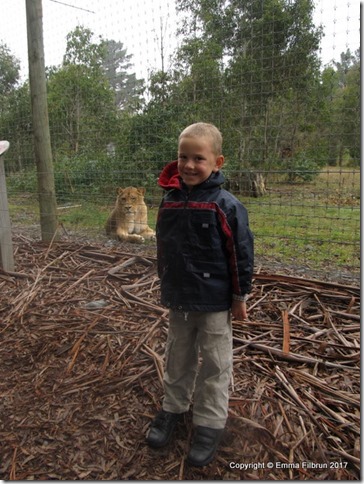 People pay a lot for the privilege of riding in this truck while the lions are fed. 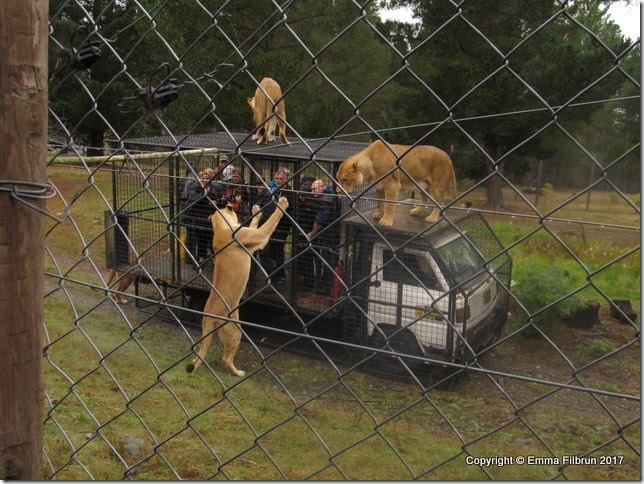 We went back a second time to feed the giraffes. 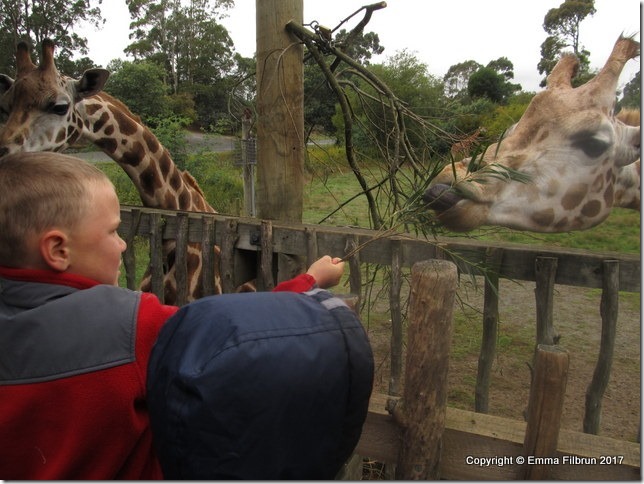 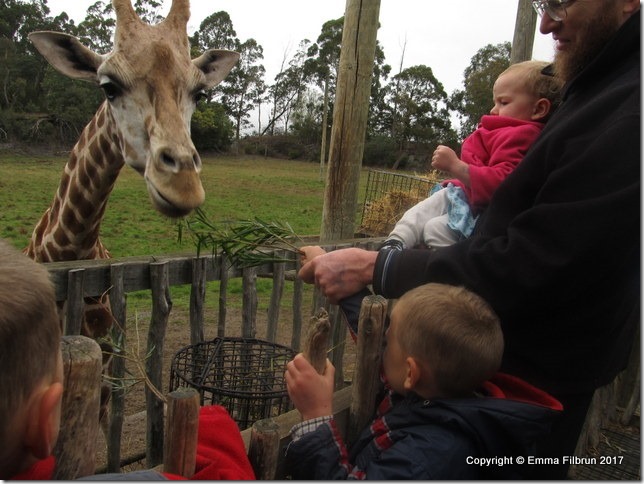 The male rhino had apparently been taking a mud bath. 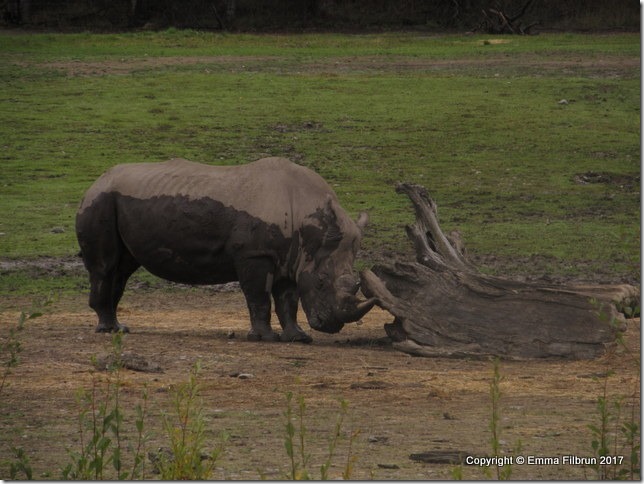 We got up close to the rhinos after their feeding, too. Little  Miss had fallen down the steps at church the Sunday before this, and hit her forehead on the concrete. 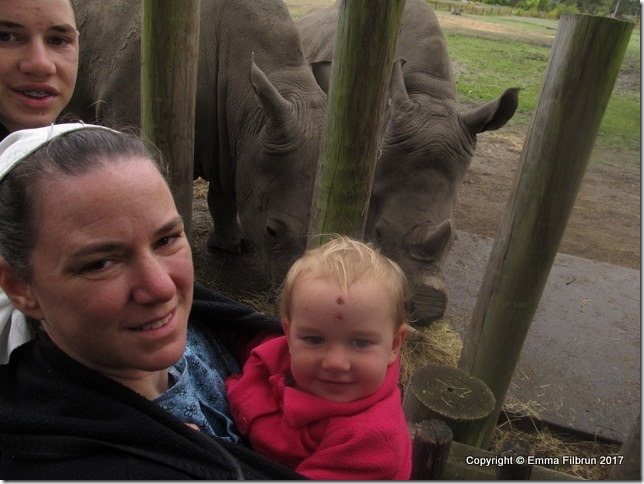 By the time we left, she was tired of being there and wanted to drag her feet on the road when she was in the stroller! 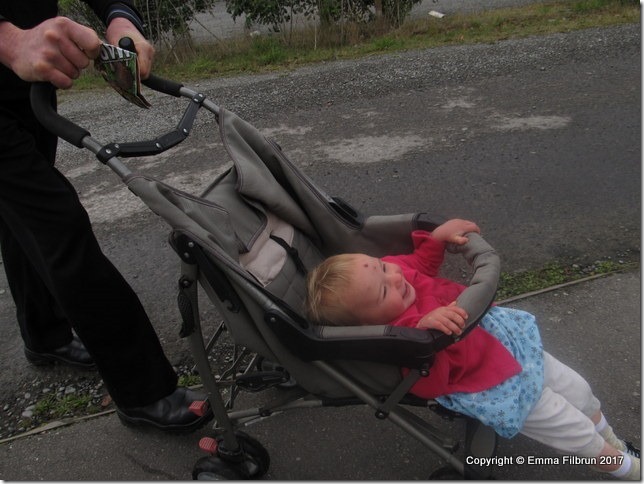 And here are a few photos Mr. Diligence took of the animals. 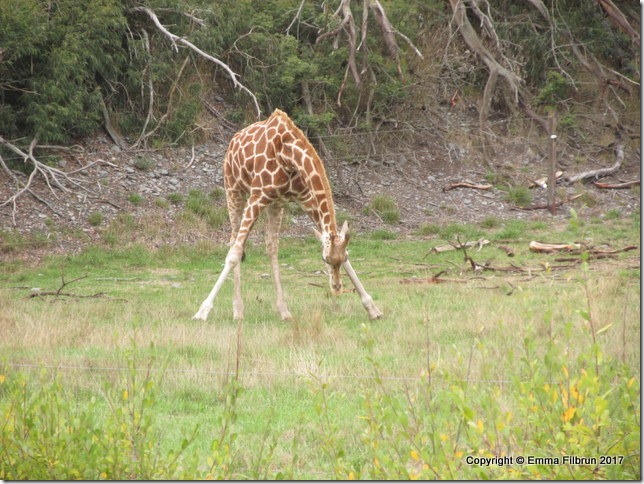 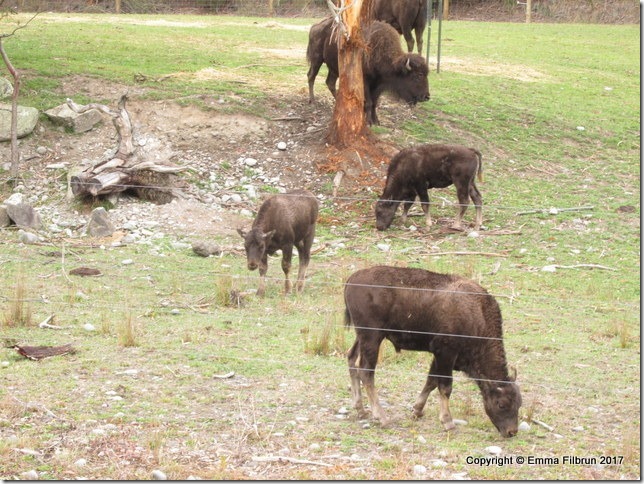 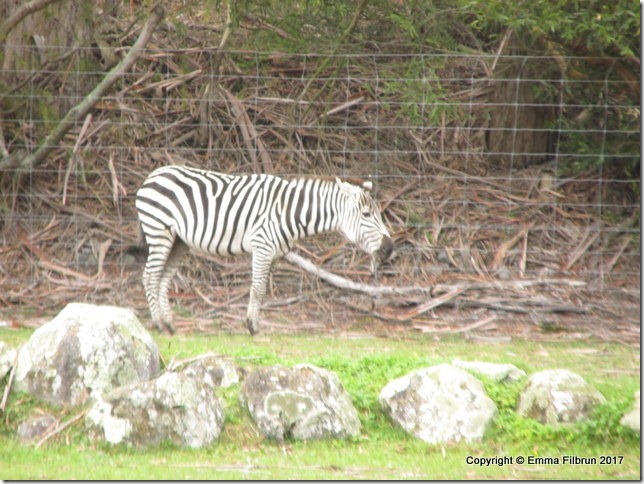