Yesterday evening when I was on my way home with the cow from where she grazes on the roadside during the day, I noticed a bright object in the sky off to the southwest of us. I thought that was an odd shape for a plane, and it didn’t seem to be moving, but I didn’t think much of it and soon forgot it. After I got home, I put the cow in the area where I milk, picked a few things from the garden, and headed for the house. The turkeys started fussing about then and ran for cover under the macrocarpa hedge. They were acting like there was a hawk, so I looked around, and saw a large flock of Canada geese coming toward us. Several of the boys ran out into the paddock to see them, and soon yelled that they saw a planet—maybe Venus or Mercury? I knew it wasn’t Venus, because I’ve been seeing it to the east in the morning shortly before sunrise, so I told them it must be Mercury, but went to see what they were seeing, because it didn’t seem likely that we’d actually see that small planet! They pointed out the same bright object I had seen a little bit earlier, and it was definitely not a planet. It was much brighter and larger than any heavenly body I’ve ever seen, except of course the Sun and the Moon. It was round, or oval, but we couldn’t make out what it was. Mr. Intellectual and Mr. Diligence ran for their binoculars, but that didn’t help much, so Mr. Inventor got the telescope. I went inside to look online and try to figure it out. First I looked  for the International Space Station, but that was obviously not what we were seeing. I tried one or two other fruitless searches, and then thought of the NASA weather balloon we had heard was to be launched several weeks ago. I searched for that, and after one or two more dead ends, found an article that said the balloon had finally been launched today, after seven failed attempts. The accompanying video showed an object exactly like what we were able to see with the telescope!

This picture shows what we were able to see with the naked eye (this is very zoomed in): 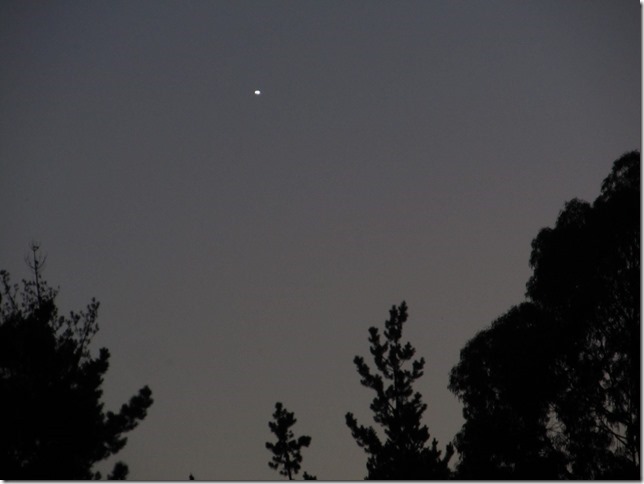 This is a screenshot from the video in the article; this is what we could see through the telescope: 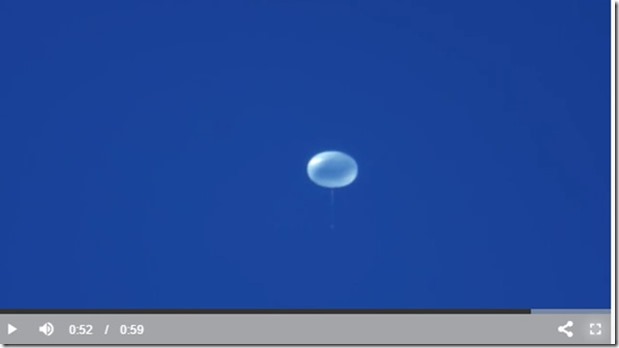 We were pretty excited to get to see this!