Awhile ago, Mr. Inventor saw a tandem bicycle when we were fueling up the van in Kaikoura. He decided then and there that he wanted one of his own, and studied it to see how it was built. He went home and cut apart a couple of bicycles, planning to weld them together to make his own. Well, that didn’t happen, and in the course of moving twice in a year the pieces ended up being thrown away. Last week, however, the boys were listening to stories their Grandma recorded and sent us. Remember the Henry Huggins books? Well, in one of those, Scooter apparently suggested to Henry that he make a tandem bike by taking the front wheel off a bike and fastening it to the rear axle of another bike. I didn’t listen to the story myself, but from what I’ve been able to gather, Henry didn’t try it. Mr. Inventor, however, was inspired. He and Mr. Handyman spent half an hour the other day working on bikes and created a tandem bike! They are having great fun driving it around! They even rode it through town the other day when they went to fetch our cow home from the bull they had taken her to visit. The Cheviot policeman, off-duty at the time, was out riding his own bike and smiled and waved at them—I was glad to know he wasn’t unhappy about what he saw!

Today, Mr. Inventor and Mr. Intellectual were giving the three littlest ones rides with one of the bike trailers, with a little help pushing off from Mr. Diligence. The video isn’t very good, but it will give you an idea of what I was seeing. The sun is so low in the sky right now that good outdoor pictures are hard to get. 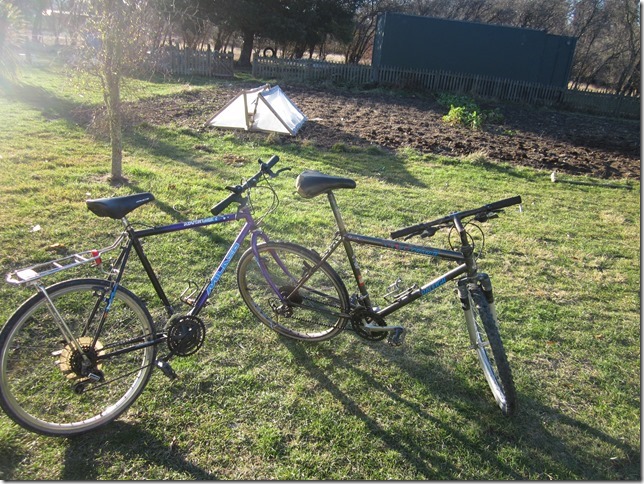 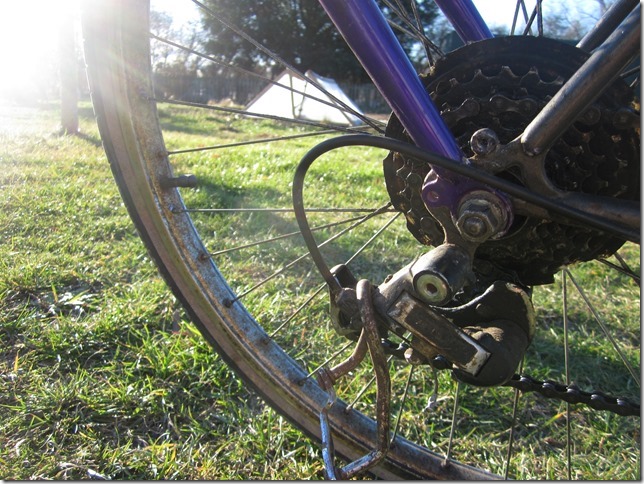 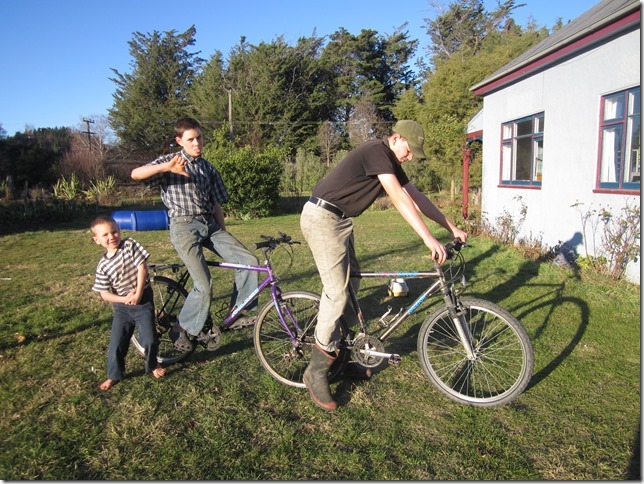 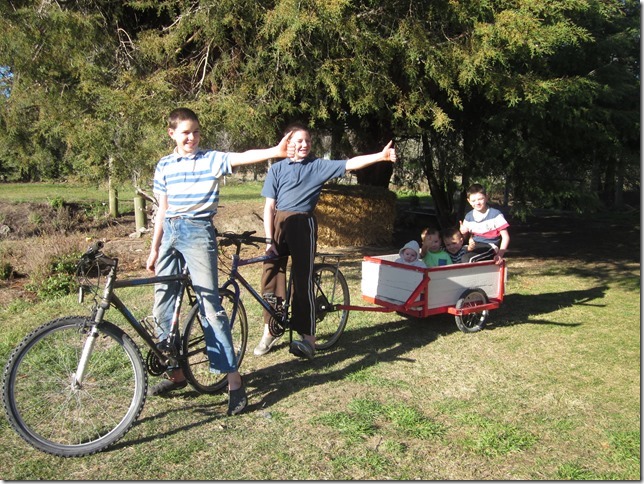