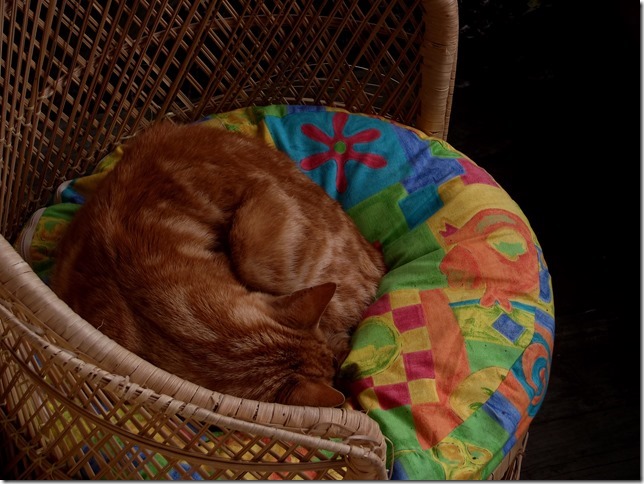 Esther took these pictures around her little house soon after we moved. The chickens were left here when the owners moved out; they’ve now been locked up. Our cat, Ginger, loves her house. He has a comfortable bed on the front porch! The littlest boy loves the little picnic table close to the kitchen door! He wants to take his lunch out there to eat it, and sometimes asks to take his breakfast out. The other boys sometimes join him. Apparently, this time, the youngest had gone elsewhere, because the ones in the picture are the second and fifth boys. I’m horrible about getting before-and-after photos, but we put two shelves up in the kitchen to make more space. Our second boy bought himself a cordless drill, and was thrilled to use it to put up the shelves. That’s the fourth boy helping him. Time to work up the garden—but the tiller (rotary hoe here) broke. They’re busy fixing it. That’s the first, fourth, and second boys. The youngest is enjoying this swing, and his big brother likes to swing him!