I’m not sure what her problem was, but she sure thought it was terrible! 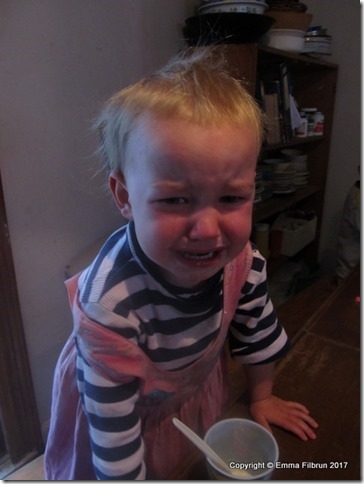 I dehydrated some strips of zucchini one day. When I brought the dehydrator in that evening to empty it, the children started eating them—and didn’t stop till they had eaten about half of them! 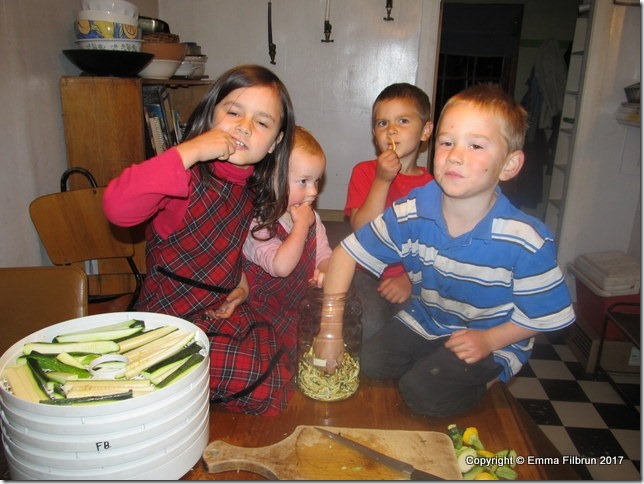 One afternoon, the hot water heater was boiling, after the fire had been burning most of the day. I said that the little boys ought to have their bath. Later, I went looking for Mr. Imagination, and this is what I found! Obviously, he didn’t catch what I really intended. Of course, Little Miss soon let go of her dress and was soaking. They had fun for awhile. 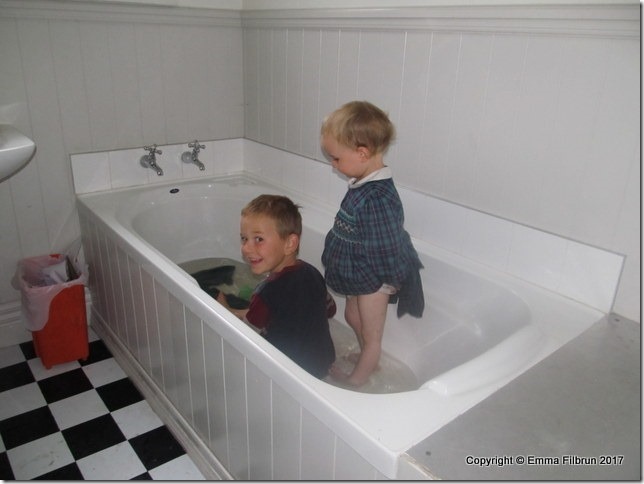 It rained! The creek had some water in it, and the little children had a lot of fun for a few days. What a mess! 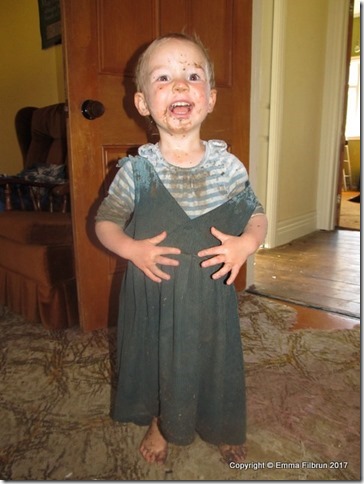 Mr. Inventor’s latest project. An old brother in our church died a little over a year ago, and Mr. Inventor recently asked his widow if he could buy the man’s three old motorbikes. None of them are working, although the motors will turn over on two of them. He’s hoping to put together one that works. They had to dig them out from under several year’s worth of grass and thistles, to load them on the trailer. I managed to grab this shot of the boys riding on them up to the house before we left to bring them home from Kaikoura. All five boys are on board; Mr. Sweetie’s head is just visible behind Mr. Intellectual’s shoulder. There wasn’t time for a better picture before they disembarked. 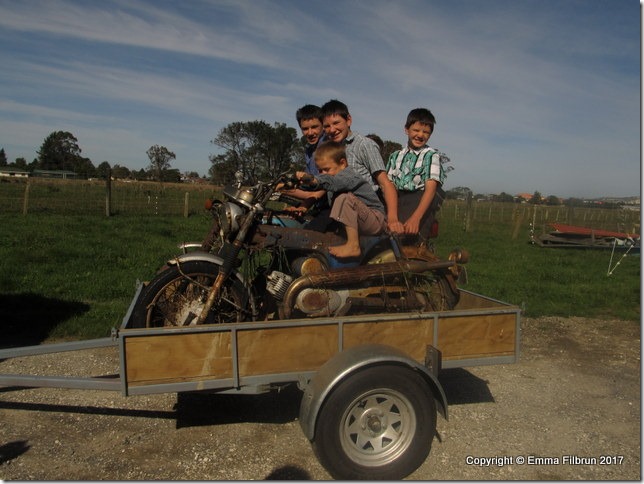 Mr. Diligence doing school while Princess naps. That cat sleeps in the funniest poses! I have several more picture for another post. 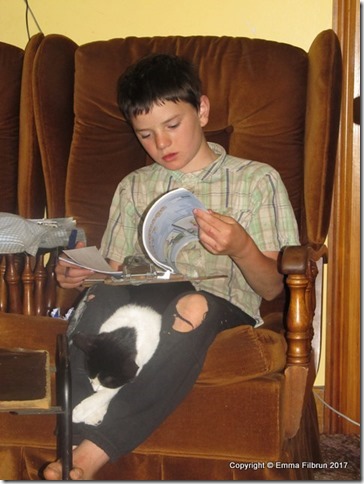 Mr. Imagination was given a huge teddy bear at a secondhand shop we went to on his birthday. Little Miss loved it, so when a friend at whose house we were a few days ago mentioned that she was sending some teddy bears to the op shop, I said Little Miss would like one. Did she want the bears, though? No—she fell in love with this penguin! 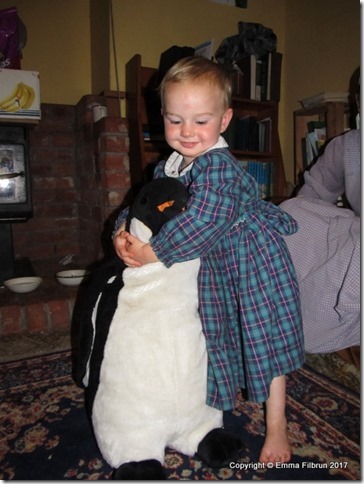