My computer is still acting up; we reset to factory setting two weeks ago because it had automatically updated to Windows 8.1 and this computer won’t work right on that operating system. Now, it’s demanding that we put in the product key for Windows 8! I’ve been talking to the technical support at Acer, and getting very frustrated. Most of them are difficult to understand, and don’t really want to listen to me. When they told me what to do, it didn’t work, so I called back and they said to reset to factory settings again! So, I’m going to write and schedule a bunch of blog posts with all the pictures I have ready, so I can delete those folders, and then back up my computer, and then reset it. Then, we get to set it up again for the third time in three weeks, and copy everything from the backup into the computer again, and spend a day installing updates again, because there are so many that they overload the system, and search for the particular update that enables the upgrade to Windows 8.1 and block it, and reinstall all the programs I use! What a bother. Esther is getting really good at setting up a computer. I tried, I really did, but messed things up so she had to fix them. I told Gayle today that Esther isn’t allowed to leave home—I can’t figure out my computer without her! I have a feeling I’m allowing myself to be lazy about it, though and could do it if I spent a lot more time with it.

Anyway, here are the random pictures from May.

Little Miss loves to drape clothing around her neck as a scarf. 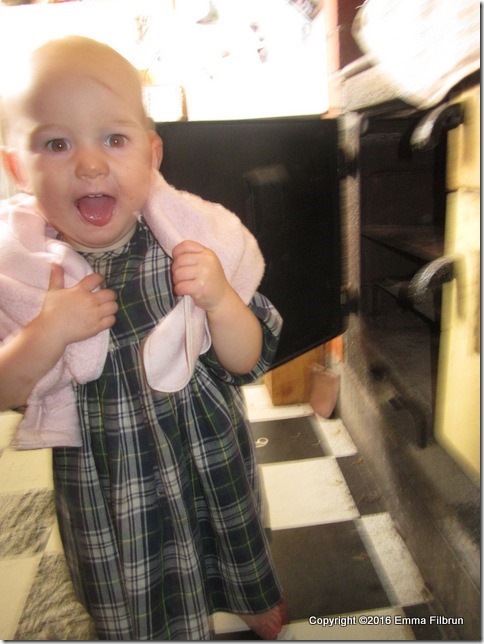 Socks and shoes are her favorite items of clothing. Socks over pajamas? Why not! 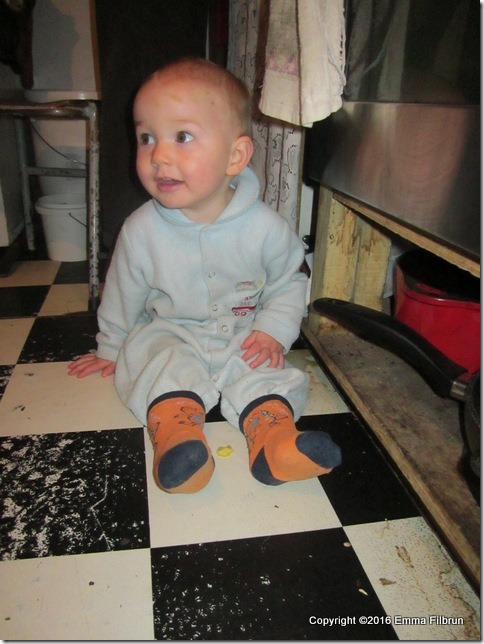 One afternoon on the way home from church the sea was so still we could see reflections. Barney’s Rock was so beautiful this way! 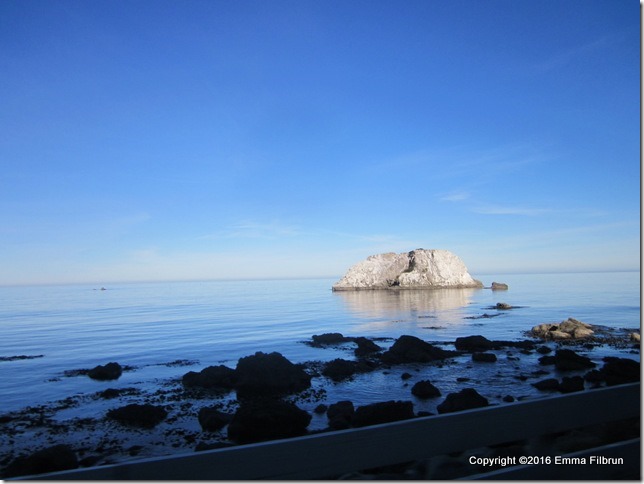 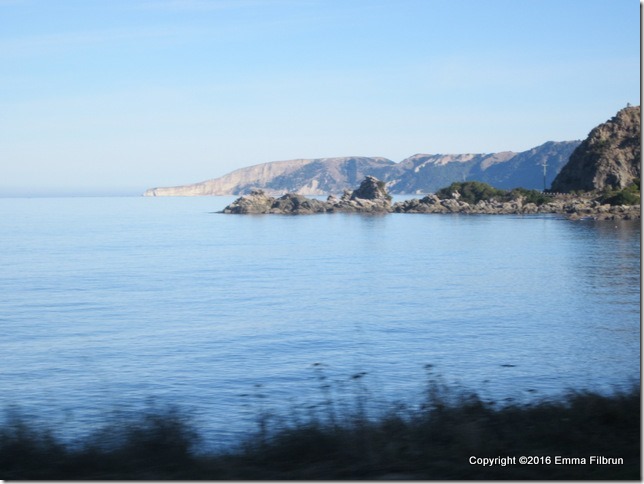 An apple in a cup—the perfect way to eat it! 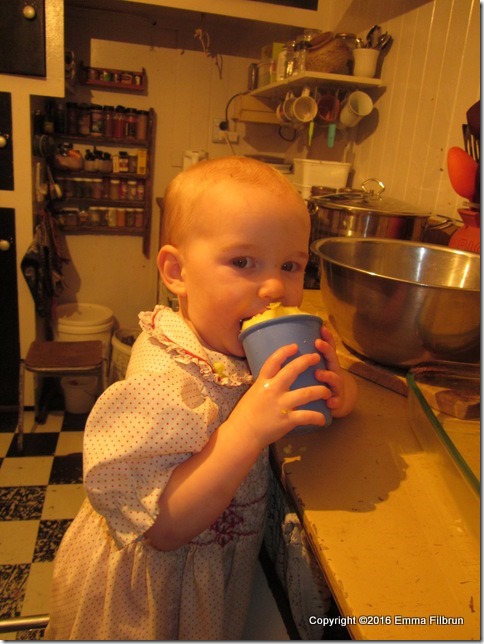 Mr. Handyman holding our biggest pumpkin of the year. I can’t remember how much it weighed, though. 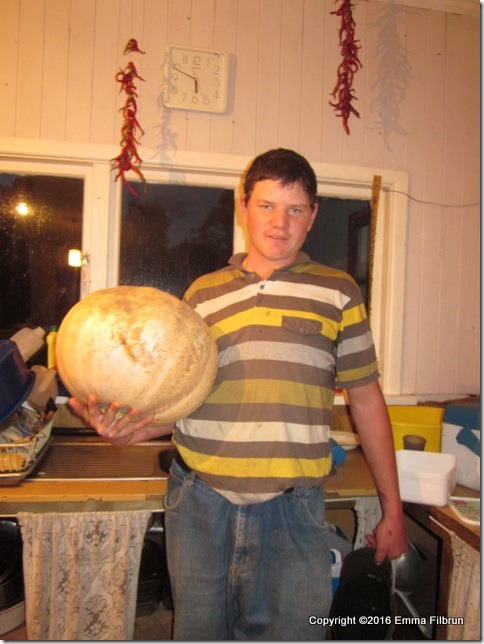 A new dress! This came from either her grandmother or an aunt, on Gayle’s side. 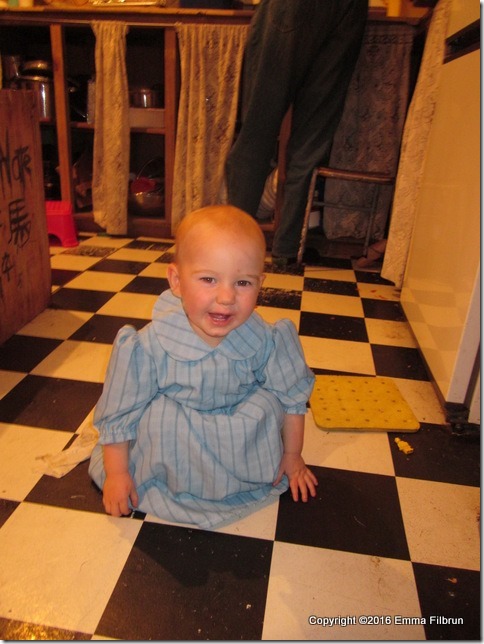 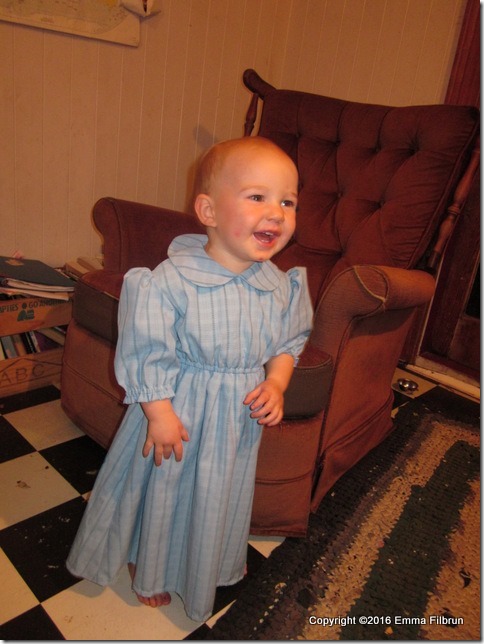 I thought this was funny—three boys using three computers. 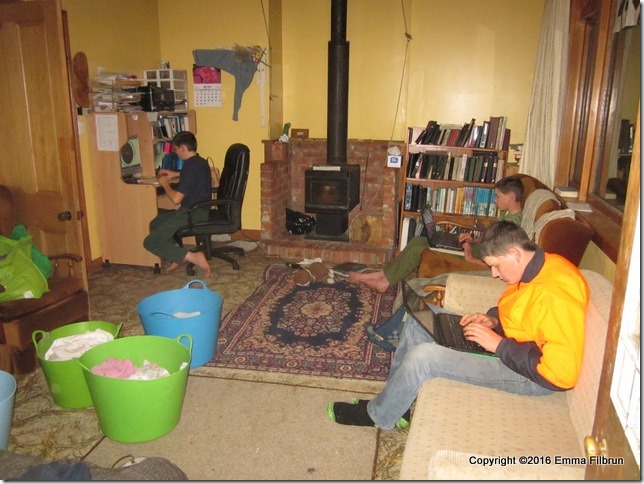 We had quite the harvest of peppers. I planted four types, Bell Peppers, Anaheim Chilies, Jalapenos, and Cayenne. Such a pretty assortment. Today I need to be washing the last of them; I picked a bushel basket full (40 liter tub) a few days ago when the plant were mostly killed by frost. 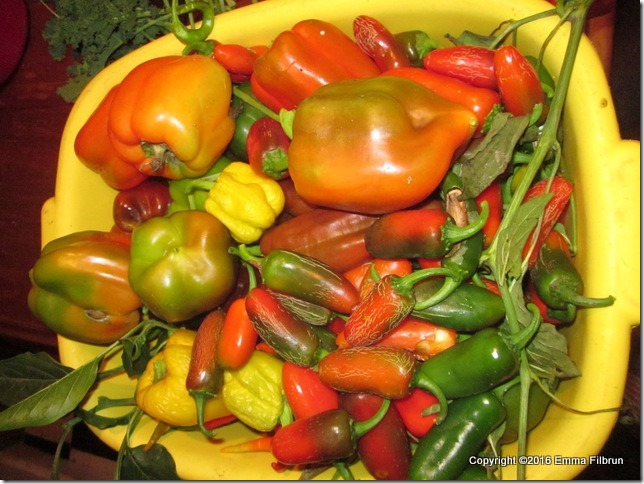 Mr. Intellectual was given a margarine tub full of stamps from around the world. He had great fun sorting them and discovering what countries they were from. There were a lot of double-ups, so his brothers got some, too. 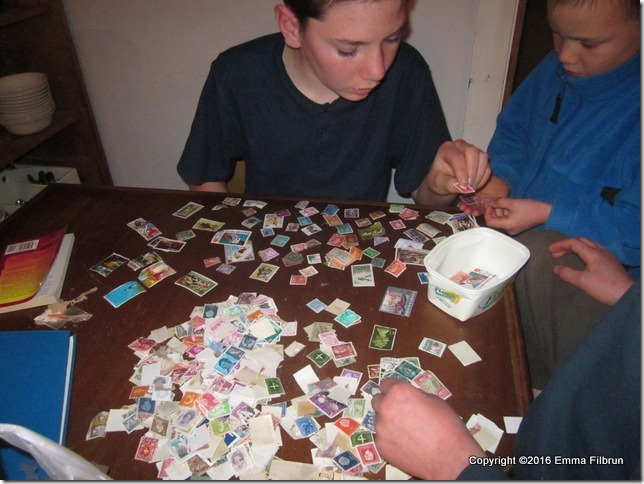 ← Cuteness—Kittens and Chicks
Fun at the Park →