We recently read the book A Single Shard aloud recently. It is a fascinating story of a village of potters in 12th century Korea. As soon as we finished it, Mr. Inventor wanted to know how to make a pottery wheel.  I let him go on YouTube to find some ideas, and then he went out to the junk pile and found this wheel. He found bearings and bolted them together and added them to the wheel. He’s still experimenting; when he saw these pictures, he said, “First attempt, worst attempt!” Apparently, he has something better now. The second and third pictures are closer to what he has now; they’ve hooked a washing machine motor to the wooden disk, but are using a smaller wooden disk. I told him I need more pictures! 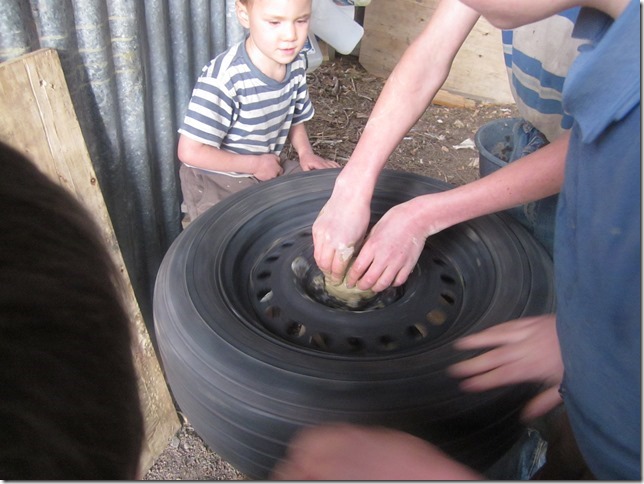 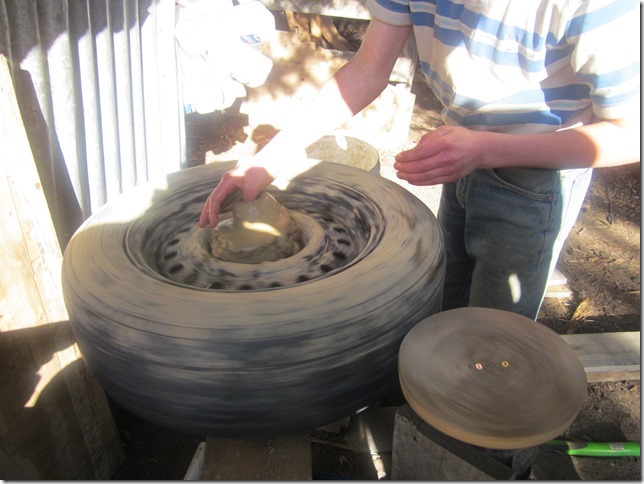 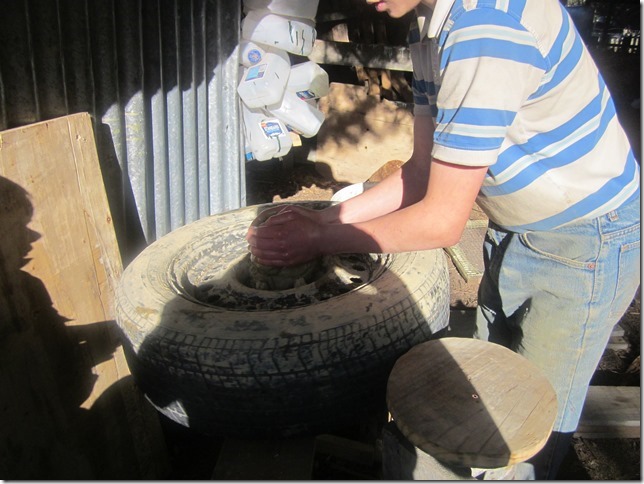 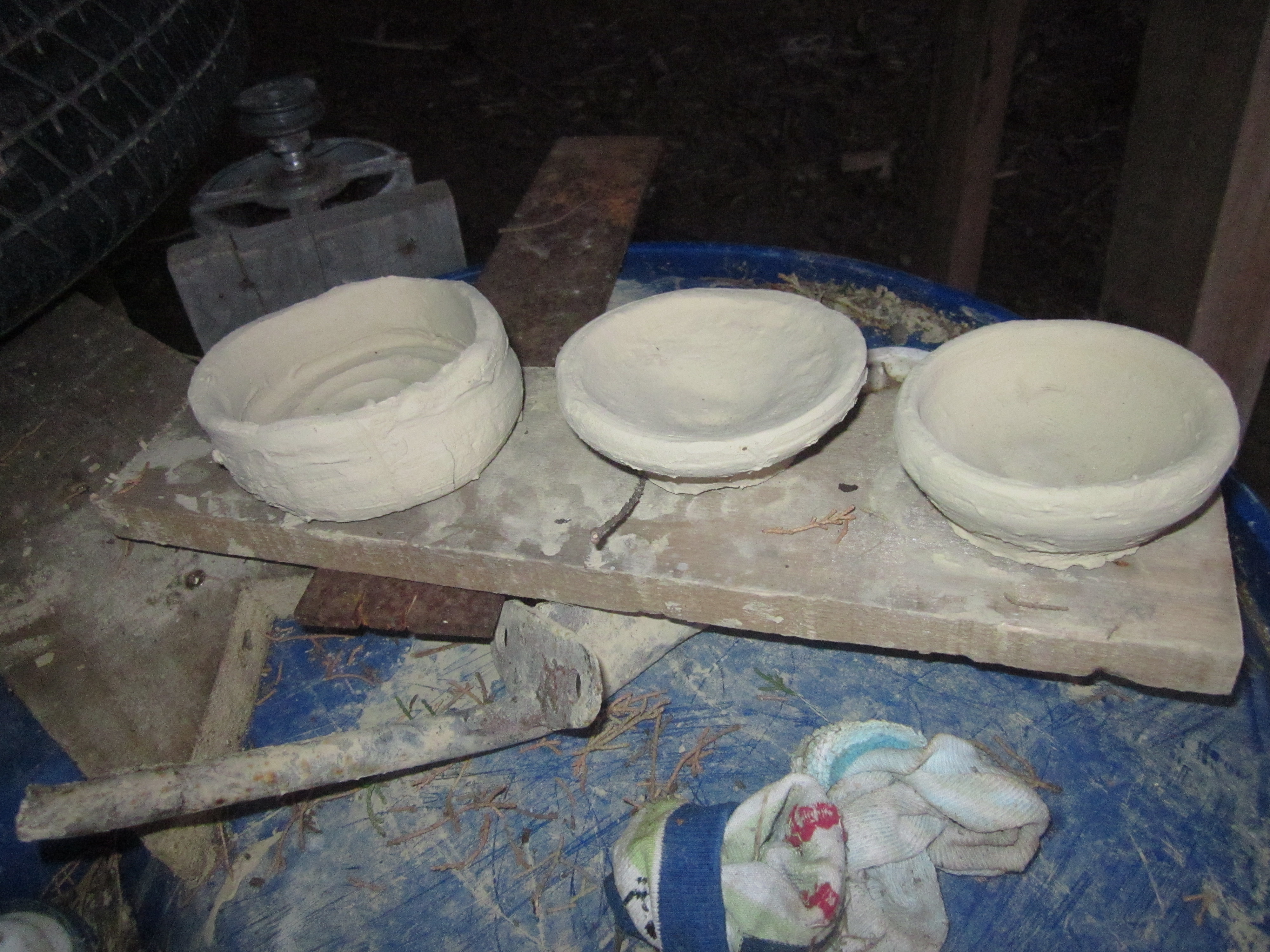 Here’s a brief video of the wheel in action:
[youtube https://www.youtube.com/watch?v=pWHAKycjAhU]