Esther wrote this blog post yesterday. I loved the pictures so much that I asked her if I could share it here. She obliged—and even put it up here for me so I wouldn’t have to figure out how! Enjoy.

Today is a beautiful spring day. There are hardly clouds in the sky, and the sky is deep blue. My brothers are soaking up the sunshine, and getting some fun projects done before we move. 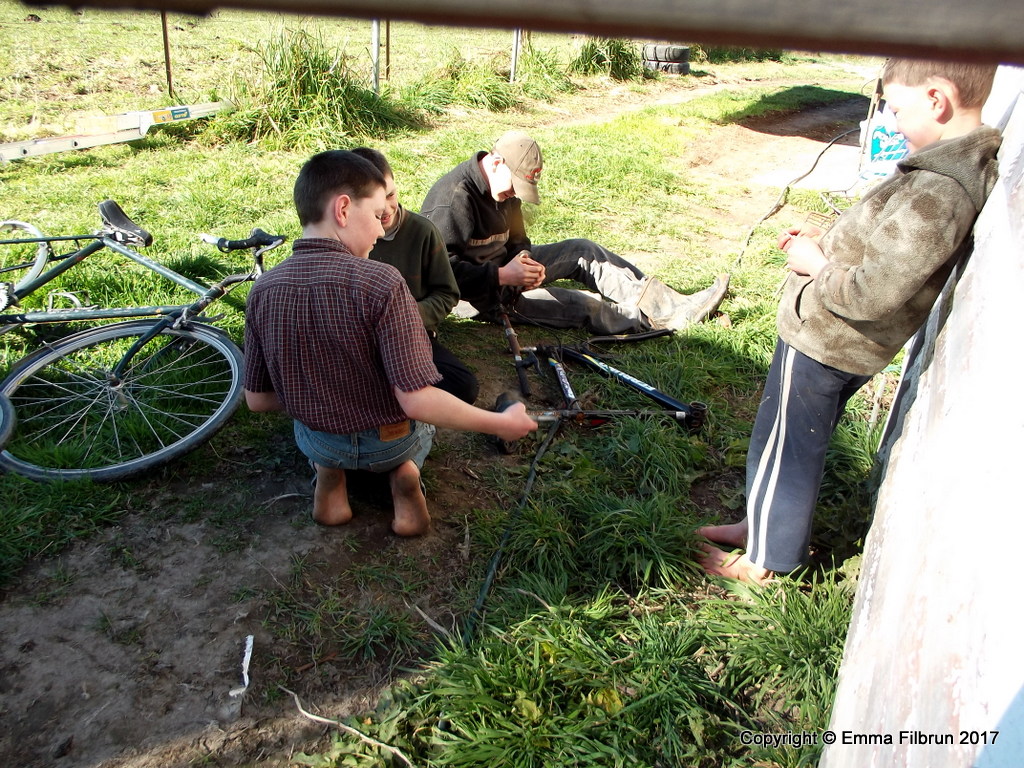 When they were working outside my window, I decided to take a quick break from school and get some pictures of them. 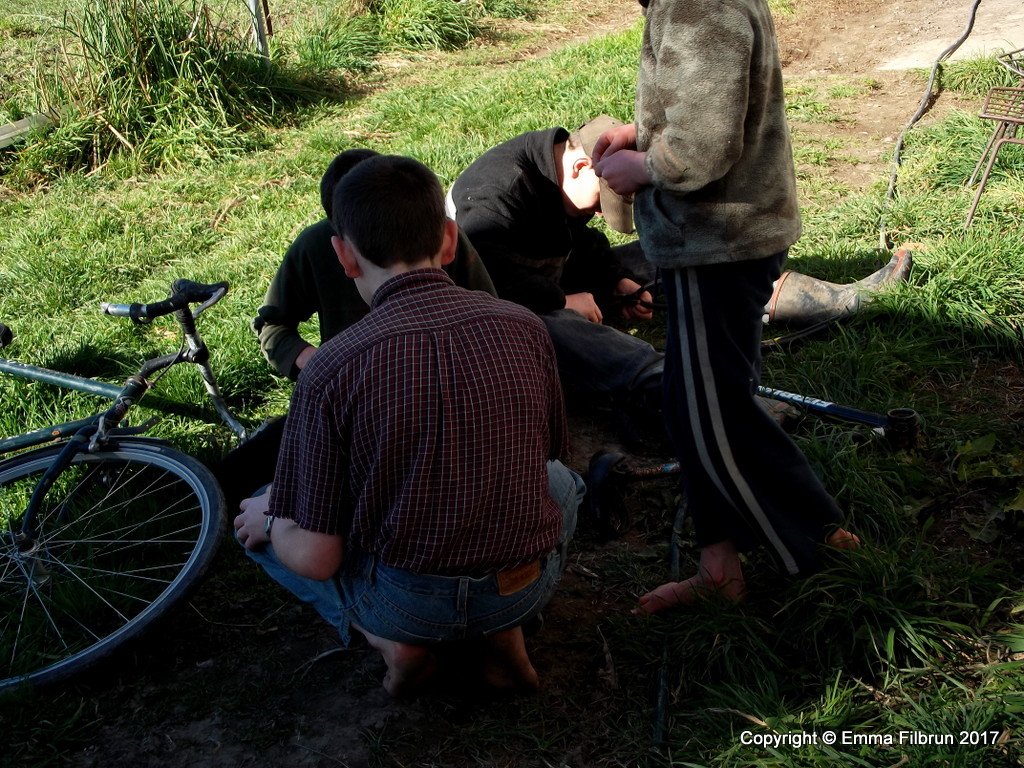 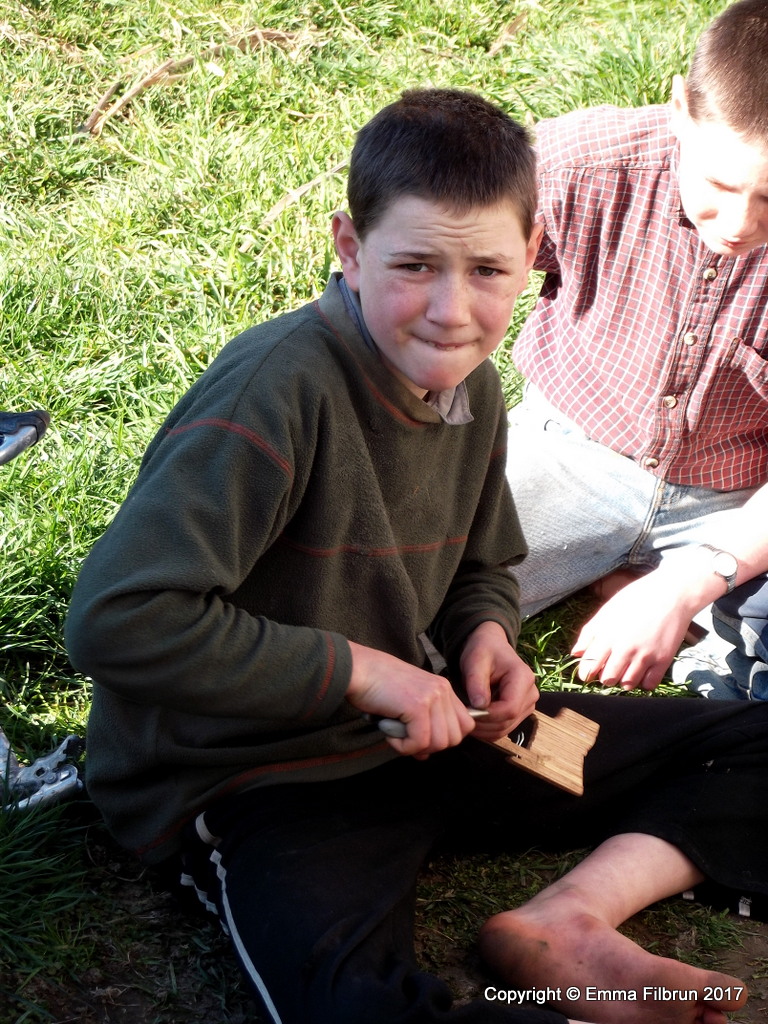 One was working on his crossbow (formerly a combined rubber band/arrow gun) made out of popsicle sticks, bike brake wire, and I don’t know what. 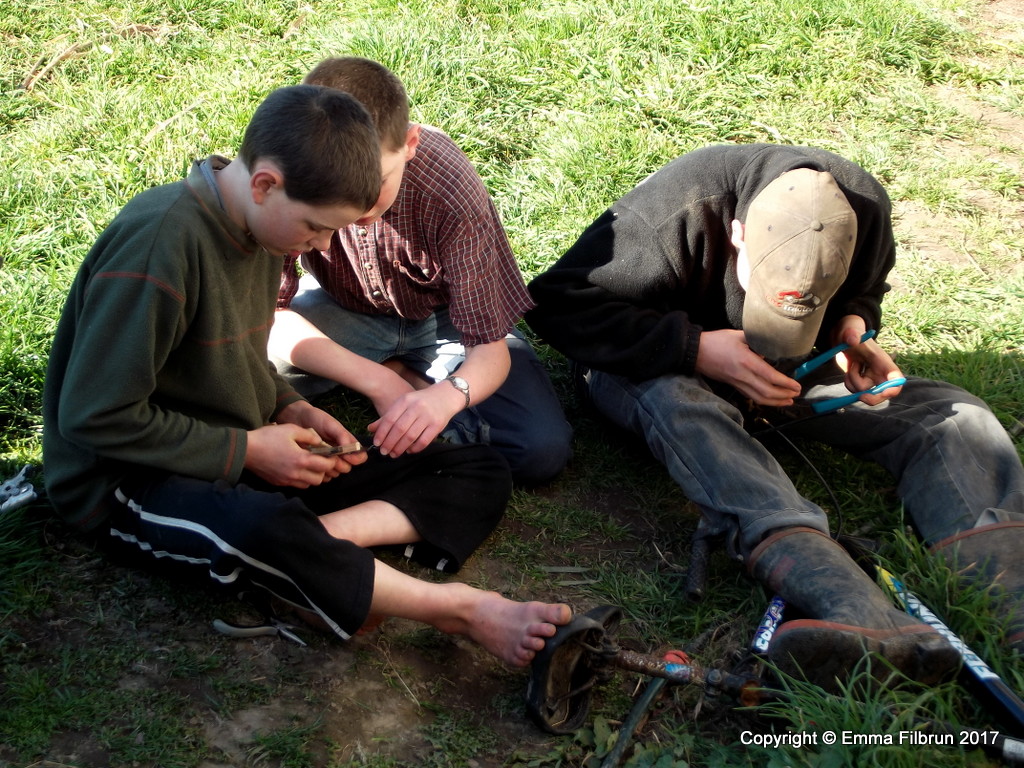 Another helped with the project, and the last one worked on stripping more bike brake wire to fix the brakes on his bike (at least, I think that’s what he was doing). 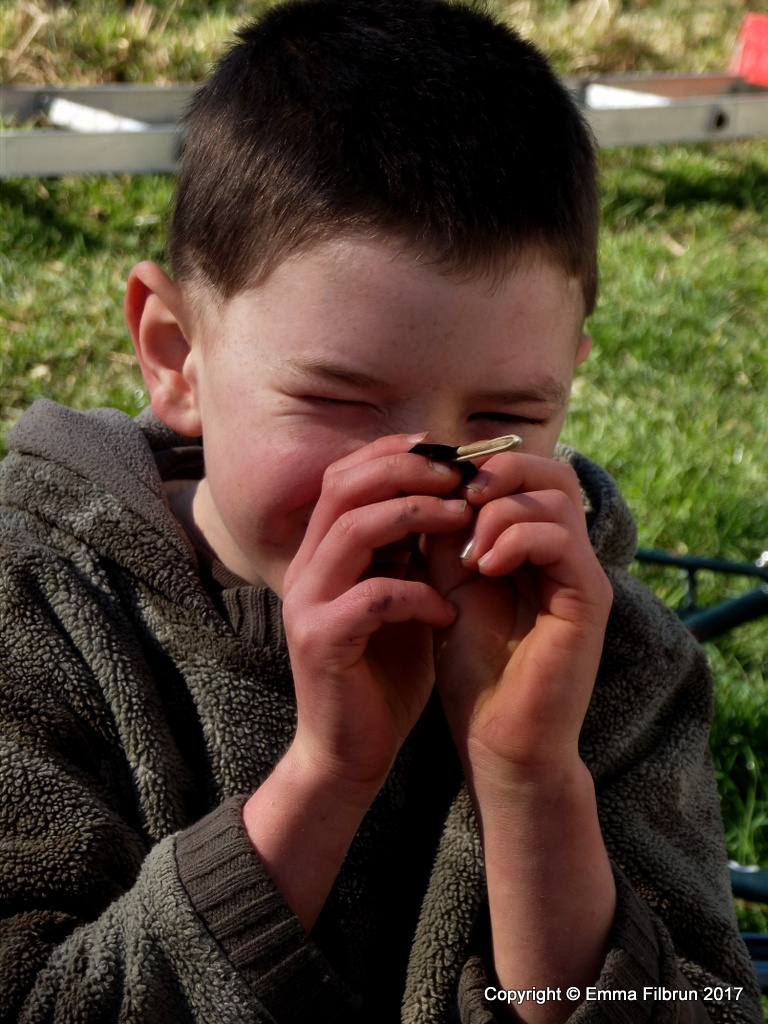 The last boy tried to scare me with an arrow and rubber band from the former rubber band/arrow gun, but I just took pictures of him. 🙂 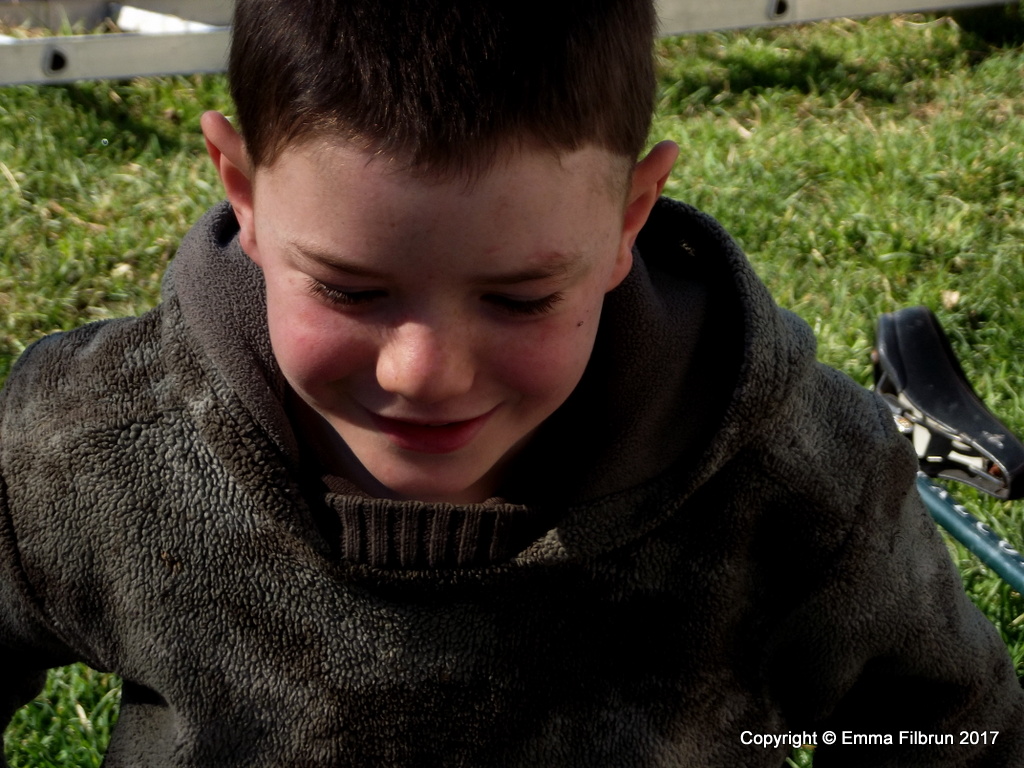 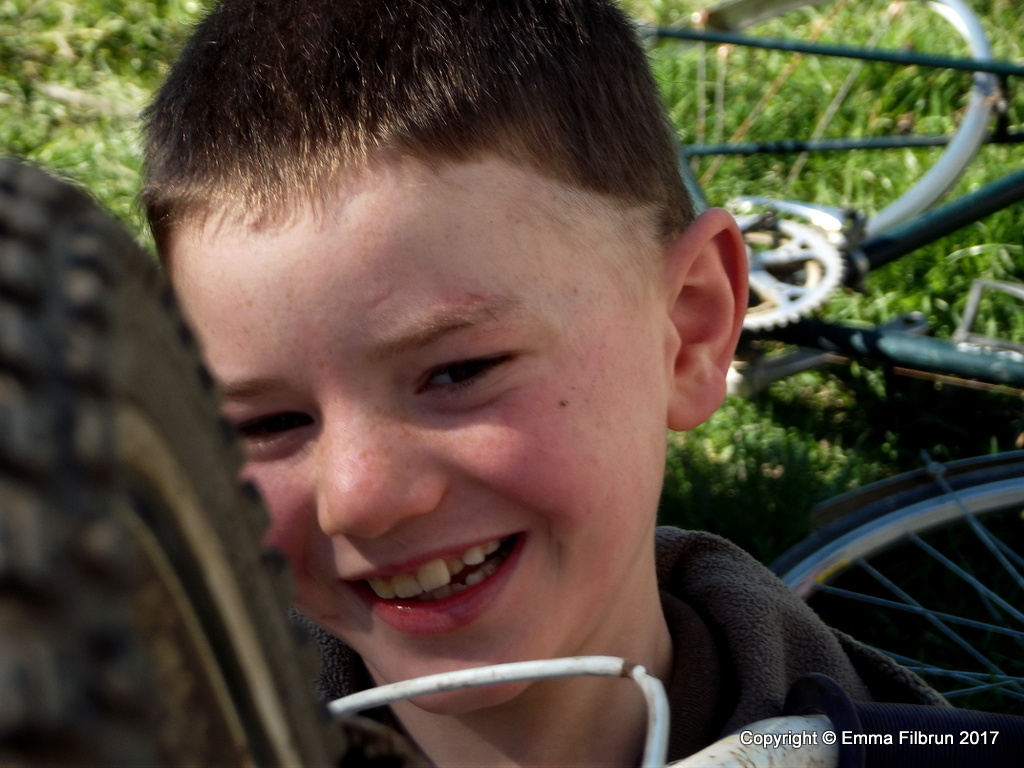 P.S. We are planning, Lord willing, to move next week. This week, Mom was planning to get a good amount of packing done, but Sunday she came down with the flu along with one of my brothers. Then, another one came down with it the next day. Mom is finally doing well today, it’s taken a good three days for her to get over it. Praise the Lord, none of the rest of us have gotten it, and we’re praying we won’t! God is good.